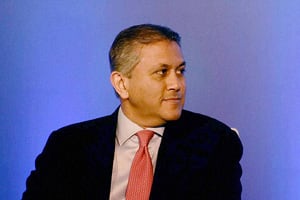 As RBI readies for licensing of some niche-segment banks, global banking giant Citibank’s India chief Pramit Jhaveri said there is a room for larger number of banks in the country, but it also needs banks that are large in size to compete on a global stage.

“It is my view that India remains under penetrated from the perspective of our industry.

“If that is the case after 68 years of independence, the case for having more and different kinds of banks is a very strong one,” Jhaveri told PTI in an interview here.

Jhaveri, CEO of Citi India, also said that banks in India remain smaller than their peers globally and therefore there was a strong case for larger banks.

“At this point, sensible consolidation would be one way to achieve scale,” he added.

His comments come at a time when home-grown Kotak Mahindra Bank has announced a Rs 15,000-crore deal to merge ING Vysya Bank into it through an all-share transaction.

Besides, Reserve Bank of India (RBI) is in process of coming out with final norms for payment banks and small banks, while some more nice-segment banks may be in the offing soon.

When asked whether there was room for payment banks and other niche players in the Indian banking industry, Jhaveri said, “Some very significant changes are taking place in India which will create very meaningful opportunities for the banking industry.

“Examples of drivers of change and opportunity are digitisation, urbanisation and globalisation. Given the size, complexity potential for further penetration in India, there is plenty of room for different kinds of banks – small banks, payment banks, internet banks, etc.

“I do not believe that all banks have to be all things to all people and that we need a one size fits all formula. You can have big banks, universal banks and also niche banks,” he added.

Talking about Citibank in India, Jhaveri said that the bank has been in India for 112 years and it has significant growth opportunities going forward.

Along with an employee strength of nearly 10,000 people, Citi India has 42 full-service branches across nearly 30 cities in India. It posted Profit After Tax of Rs 2,893 crore for fiscal year 2014.

It is present across all segments of banking services including retail and wholesale banking. Its products and services are organised mainly under two major segments — Institutional Clients Group and Global Consumer Bank.

It is a major player in the credit card market for retail consumers, while in corporate and investment banking segments it has leadership positions in areas like M&As, equity markets and international bonds.