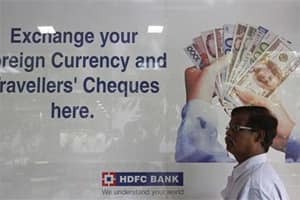 Counting the 22.50 percent stake owned by mortgage lender Housing Development Finance Corp and two of its units in HDFC Bank would limit capacity for any further foreign fund raising by the bank, the report said, citing an unidentified government official.

An HDFC Bank spokesman was not immediately available for  comment.

HDFC Bank said it has plans to raise as much as Rs 100 billion by selling shares.

HDFC Ltd is an Indian mortgage lender but is 77.85 percent owned by foreigners, according to stock exchange data.