A banking analyst with a leading brokerage firm said that banks are holding it in order to maintain their net interest income and the net interest margin. 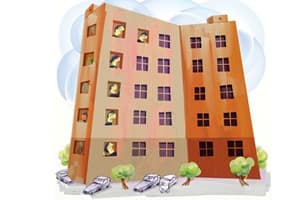 American e-commerce major, eBay, is understood to to have shelved its plans to wheel into an upmarket address in Mumbai.(Illustration: CR Sasikumar) (Image for representation only)

On Thursday, State Bank of India and ICICI Bank announced a 10 basis point cut in the housing loan rates following the implementation of Marginal Cost of Funds based Lending Rate (MCLR) system mandated by the Reserve Bank of India with effect from April 1.

But, the cut in rates by banks may not stop at that and prospective home buyers and existing home loan customers may expect much more than that coming their way following the Reserve Bank of India’s decision to cut the repo rate (the rate at which it lends to commercial banks) by 25 basis points along with a host of other measures that experts say will play a role in bringing the interest rate down in the economy. But banking experts say that a noticeable cut in interest rates by banks may take some time as banks are currently saddled with rising non-performing assets and higher provisioning.

If RBI looked to address the long-term and short-term liquidity concern, it also narrowed the policy rate corridor from 1 percentage point earlier to 0.5 per cent, which resulted in resetting the reverse repo (at which banks park their funds with RBI) at 6 per cent. Even the RBI Governor Raghuram Rajan stated that all the measures will add up and the borrowing rates will come down significantly.

“Borrowing is significantly cheaper and will continue to get so. Because of MCLR (marginal cost of lending rate) we already have a 25-50 basis points rate cut before the policy. Don’t look at it as 25 basis points. Look at the composite of measures. They all add up. And borrowing rates are coming down significantly in the economy. You will see significantly more transmission in the economy,” said Rajan.

A banking analyst with a leading brokerage firm said that banks are holding it in order to maintain their net interest income and the net interest margin.

“While MCLR should have by default been set at 60-70 basis points below the base rate, the maximum that has been done by any bank is around 25 basis points. Also, banks are not bringing down their deposit rates and as a result of the same the lending rates will not come down in the immediate future,” said the analyst.

While SBI and ICICI Bank brought down their floating home loan rates to 9.4 per cent for women borrowers from 9.5 per cent earlier, the interest rate for salaried individuals was set at 9.45 per cent.

Banking analysts say that while RBI’s repo rate cut and other moves may potentially bring rates down by up to 50 basis points but this may take some time to come.

In a statement issued on Thursday, SBI said that it has fixed its home loan interest rate at 9.45 per cent, which is 0.25 percentage point more than its one-year marginal cost of fund-based lending rate of 9.20 per cent. The bank’s base rate is 9.3 per cent.

While the benefit of RBI’s moves may not come immediately, experts say that the banks may cut the rates in a quarter or two and as they see a decline in their NPA woes.

“The major benefit for homebuyers may come after a quarter when the banks come out of their NPA provisioning issues,” said the analyst. While the RBI has brought the repo rates down by 150 basis points since January 2015, banks have reduced the housing loan rates by up to 80 basis points.