A day after State Bank of India announced a 40 basis point cut in lending rates, with effect from October 5, following the Reserve Bank of India’s repo rate cut of 50 basis points on Tuesday, the bank has gone on a sales spree. 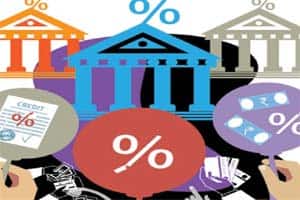 A day after State Bank of India announced a 40 basis point cut in lending rates, with effect from October 5, following the Reserve Bank of India’s repo rate cut of 50 basis points on Tuesday, the bank has gone on a sales spree. A message from an SBI loan official to a customer, who had applied for a home loan from a housing finance company (HFC) on Wednesday, read, “SBI is offering current rate of interest between 9.30 and 9.35 per cent, down from 9.7 per cent earlier … Features being offered are not available with NBFCs. Kindly think over it.”

The message has certainly made the customer think over his decision, who is now looking to explore his options.

This shows that SBI’s move will soon force other banks and HFCs to announce a cut in their rates. And they will at least try to come close to SBI’s offering, if not beat them on rate cut, since they risk losing customers.

At a time when the demand for residential housing is low and the prices have softened, a declining interest rate has only made the market more attractive for end users, and home buyers can do a hard bargain from their lenders for a low rate of interest.

How much will you save?

For the first time in four years, the RBI has brought the repo rate (at which it lends to commercial banks) under 7 per cent to 6.75 per cent. While banks and HFCs have not been considerate enough in passing on the benefits of a rate cut to their customers in the last eight months, SBI’s move is set to open the floodgates and thereby, would lead to savings for home loan customers on their monthly EMI outgo.

Just six months ago, the interest rates being offered by banks and HFCs hovered around 10.15 per cent. Now, with SBI offering a rate of 9.3 per cent, customers would effectively save around 0.75 percentage point on a new home loan.

To quantify, a new customer seeking a 20-year loan, amounting to Rs 50 lakh will save close to Rs 2,800 in EMIs every month. So, while the EMI for the loan would have amounted to over Rs 48,700 almost six months back, at the new rates being offered by SBI, they will now come down to around Rs 46,000, resulting into savings of over Rs 2,700 per month.

In fact, the old customers, many of whom are even paying more than 11 per cent on their existing home loans can save a lot as they can switch their loans from the current rate being charged by their bank/HFC to a rate that is being offered to a new customer by the same bank/HFC and save over 1.5 per cent in interest rate.

An existing customer should, however, wait for a week or two till their bank/HFC announces a cut in the rates, following the RBI’s decision, and then approach the lender, to get the job done by paying a switchover fee which may vary from 0.1 per cent to 0.5 per cent of principal outstanding, which can be bargained with their lender.

Customers can save in two ways— either in terms of reduction in the tenure of loan or via a drop in the EMIs.

For example, if a customer switches his loan from old rate (10.75 per cent) to new rate (9.3 per cent) for which the principal outstanding is Rs 20 lakh and repayment period left is 10 years, then, against the switchover charge of Rs 8,000 (at 0.4 per cent on Rs 20 lakh), a customer who had seen his tenure go up (when the rates went up) would witness his tenure decline from 120 months to 109 months, thereby reducing his number of EMIs.

Taking the same case for someone who goes for a reduction in EMI amount, his/her monthly outgo would come down from Rs 27,267 to Rs 25,661. This means a monthly saving of Rs 1,606 and an annual saving of Rs 19,272 on EMI outgo. Even if the switchover charge is deducted from this, the savings would amount to Rs 11,272 a year.

However, ideally, investors should not go for reduction in EMI sum, but for reduction in tenure, as a cut in EMI value reduces the principal outgo and a higher portion of the EMI goes into interest payment.

So should you switch now?

While a reduction in rates by your bank/HFC will also result into some reduction in your ongoing rate, the benefits that generally are passed on to a new customer are more, and hence, it does make sense to move from old rate to the rate being offered to new customers.

Individuals may also look to move to another bank or HFC, if their lender is not reducing the rate in line with others. So wait for a week or two, look who is offering what and then bargain for a good rate.

Customers may also look to move from fixed rate loan to a floating one. If, for some reason, in a rising interest rate market, an individual had gone for a fixed rate loan and is locked at a rate of around 10.5 to 11 per cent or more, he can look to move to a floating rate as the interest rate is on a downward trajectory and there may be more rate cuts going forward, given the low inflation and the government’s push for growth in the economy.

Conversely, the time is not ripe for switching from a floating rate loan to a fixed rate loan. Customers should only go for it once there is certainty that the interest rates have bottomed-out and from there, the cycle is going to turn upwards.