Real estate: For both home buyers and builders, GST will be the biggest boon

GST would benefit real estate players as credit and liquidity improves, ensuring higher margins for developers. On the other hand, higher transparency and tax trails for all payments will benefit customers, particularly end-users. 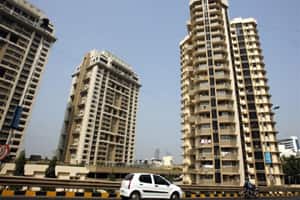 Much has been said on the precise impact of the Goods and Services Tax (GST) on India’s real estate sector. Before presenting another perspective, it’s important to clarify a couple of critical points.

Firstly, it is difficult to gauge the precise impact of GST on real estate – or any other sector, for that matter – at this juncture. Until the standard rate for GST is decided, which will happen in the coming months, deciphering the impact of GST can only be done via conjecture. Secondly, empirical evidence indicates GST exerts inflationary pressures during the initial years. Thereafter, prices dip and the true benefits manifest. India may follow a similar path of higher inflation that moderates later. Thereafter, the real benefits of GST would begin to be felt.

Dumping Double Taxation
With these facts clear, the actual benefits of GST for real estate and the nation can be discussed. GST will boost transparency and the ease of doing business in all states across India because it will subsume around 17 indirect taxes under a single tax. Moreover, it will transform India into a single common market from a nation of 29 markets, as it is till date.

For both buyers and builders, this will be the biggest boon. There will be clarity on specific taxes, against the myriad taxes that vary from state to state, making life difficult for everyone in the pre-GST era. Besides, the challenge of double taxation will disappear since a single tax will subsume all others. It may be noted, though, that stamp duty will still be applicable when registering property. To expand the bouquet of benefits, the authorities should consider subsuming stamp duty too under GST, which will help play a bigger role in controlling property prices.

The quantum of benefits under GST, however, will depend on the standard rate, which most analysts believe would be around 18% or so. Higher rates will be counterproductive in the long run, stoking inflation. Although some states, particularly the manufacturing ones, are keen to have a standard rate as high as 27%, it is doubtful the Centre will accede to such requests, given the inflationary and destabilising effects on all sectors, including realty. Another benefit of a lower rate is it will drive higher tax compliance, since it is a universal truth that the lower the tax rate, higher the compliance and vice versa.

Additionally, since GST leaves a clear audit trail, this will encourage all entities and individuals in the business value chain to pay tax. Tax credits can be claimed later only if taxes are paid. In essence, a unified tax regime will create a level-playing field for companies, particularly those in the organised sector that have always been paying taxes. Firms in the unorganised sector are said to be unhappy about the impending imposition of GST because they have avoided paying taxes for decades. Under GST, this will become well-nigh impossible.

Unscrupulous entities that refuse to adhere to GST guidelines would go out of business or be forced to sell out to larger organised companies. Ultimately, this will benefit customers because there will be transparency and stability in property rates, hitherto missing.

Complexities in Commercial Curbs
While the above primarily relates to residential properties, the aspect of commercial projects needs to be examined separately because this segment is currently burdened with higher costs since credit is not extended to construction activities meant for commercial structures that are later rented. But expectations are rife that the current curbs on commercial construction credit would be removed under the GST regime. If this is done, GST will give a major fillip to commercial developers presently hobbled with higher outgoings. Commercial rentals could then stabilise and even come down in the long term, benefitting all stakeholders and boosting business.

But if restrictions continue, the GST regime and consequent higher rates could impact commercial builders negatively. The authorities should therefore keep the negative impact in mind before finalising GST norms for commercial. Moreover, companies with rented offices must be permitted credit offsets on their rental outgoings, which will help both developers and tenants.

Ultimately, GST would benefit real estate players as credit and liquidity improves, ensuring higher margins for developers. On the other hand, higher transparency and tax trails for all payments will benefit customers, particularly end-users, leading to more deals being done and unsold inventory getting cleared. The real estate industry will then finally turn the corner, bringing happier days for everyone.