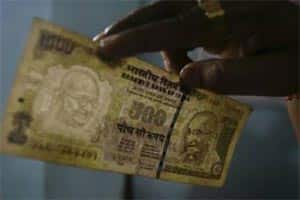 PCR is the ratio of provisioning to gross non-performing assets (NPAs) and indicates the extent of funds a bank has kept aside to cover loan losses. An analysis of PCR data of 20 public sector banks for March 2011 to March 2015 shows a steady fall in the coverage ratio. It has dropped from an average of 72 per cent for the group of 20 banks in the year-ended March 2011 to 57 per cent for the year-ended March 2015.

Significantly, State Bank of India is far better positioned when compared with other PSBs. In fact, SBI is one of the three banks in the list that has seen a jump in its PCR during the period. It has risen from 64.95 per cent in March 2011 to 69.13 per cent in March 2015.

Earlier, the Reserve Bank of India (RBI) had advised banks to achieve a total provisioning coverage ratio of “not less than 70 per cent” by September 2010. RBI’s master circular on Prudential norms on Income Recognition, Asset Classification and Provisioning pertaining to Advances dated July 1, 2013, advised banks to achieve a PCR of 70 per cent as on September 30, 2010 but did not call for maintaining it on an ongoing basis.

The circular, however, said, “From a macro-prudential perspective, banks should build up provisioning and capital buffers in good times i.e. when the profits are good, which can be used for absorbing losses in a downturn. This will enhance the soundness of individual banks, as also the stability of the financial sector.”

“In 2009-10, the banks had argued with RBI that high provisioning is not required as the write-offs were not that high. But today, the write-offs are much higher and public sector banks are in major crisis. If size of NPAs is a problem, the fact that there is no resolution in sight is a bigger problem,” said a former managing director with SBI who blamed “dishonest promoters” for playing a big role in the deterioration of health of PSBs.

A decline in the PCR and rising NPAs and write-offs for public sector banks suggest that the additional provisions to be made by banks going forward would be relatively much higher.

A banking analyst with a leading financial services firm said that since banks have not adequately provided for rising NPAs and are reporting losses, the government will have to infuse capital.

“While the NPAs continue to surge, the PSBs don’t have the capacity to provide for the rising NPAs. Several banks are reporting losses on account of higher provisioning and now there is need for capital requirement which the government will have to infuse,” said the analyst.

C H Venkatachalam, general secretary, All India Bank Employees’ Association, said a reduction in NPA provisioning coverage ratio increases the risk for banks. “The NPA provisioning coverage ratio has been steadily coming down. Ideally, it should be as high as possible so that there is no risk to the bank in case of a rise in future default,” he said.