Rupee has lost 5.3% in last 6 months and dealers said the currency could weaken further if importers continue to aggressively buy dollars. 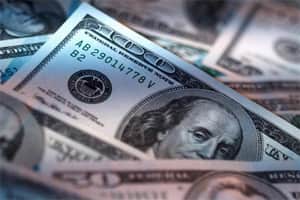 Despite strong FII debt and equity flows, the rupee closed at an eight-month low for the second straight day on Thursday, recovering from an intra-day low of 62.23. Weakening past the 62 mark, the currency hit a nine-month low of 62.23 intra-day as importers queued up to purchase dollars. “There haven’t been too many buyers in a long while so there is excess pent up demand,” said Mecklai Financials CEO Jamal Mecklai.

The rupee has lost 5.3% in the last six months and dealers said the currency could weaken further if importers continue to aggressively buy dollars.

“The move to 62/$ is making a lot of people nervous,” said Mecklai.

Trade data showing a fall in exports also continued to weigh on the currency. India’s trade deficit widened to $13.3 billion in October from $10.59 billion a year ago owing to a fall in exports and a surprising rise in gold imports. Dealers said that in the absence of strong dollar inflows into Indian equity and debt markets, the rupee would have weakened even further and faster. Foreign institutions have pumped in a total $39.11 billion into bonds and shares so far in 2014. Although inflows into the debt market have been at a record level ($23.7 billion so far in 2014), inflows into equities has outstripped debt in November so far, the first time in 2014-15.