DDA issues show-cause notices to banks for delay in refund

Seeking to ensure refund of deposit money to all unsuccessful applicants in the ‘Housing Scheme 2014’, DDA has issued show-cause notices… 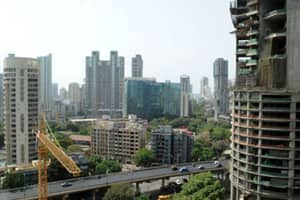 Seeking to ensure refund of deposit money to all unsuccessful applicants in the ‘Housing Scheme 2014’, DDA has issued show-cause notices to defaulting banks and directed them to refund the money by December 31 or face action, DDA officials today said.

They, however, did not mention what specific action DDA can take.

The action from the housing authority comes in the wake of complaints from various unsuccessful applicants of not having received their money even though DDA was to complete the entire refund process by December 24.

The draw for the largest-ever housing scheme by DDA was held on November 25.

“Show-cause notices have been issued to the defaulting banks. Clear directions have also been given to ensure refund to all unsuccessful applicants by December 31 positively, failing which action would be initiated against the banks,” a senior official of DDA said.

For its flagship housing scheme, the largest in its history, the urban body had empanelled 18 banks.

The scheme offered 25,040 flats in various categories and saw DDA receiving a whopping 10,08,985 applications, which is the highest in the history of the housing authority.

DDA said its Vice-Chairman, Balvinder Kumar, has taken a serious view of the delay in refund of registration money to unsuccessful applicants of the scheme by banks.

“It had come to DDA’s notice that some banks were deliberately delaying the refund on one pretext or the other despite refund money having been transferred to the banks by DDA on December 19 with clear instructions to refund the money by December 24. Many applicants have not received money as yet,” the official said.

“In case, applicants do not receive the refund, they are advised to approach DDA so that strict action can be taken against the banks for defaulting in payment,” she said.

Launched on September 1, the scheme saw an overwhelming response.