Bank of India expects recovery of Rs 2,500 crore with resolution of 8-10 NPA cases in NCLT

Public sector Bank of India is expecting to recover around Rs 2,500 crore with the resolution of about eight to 10 big NPA cases in the National Company Law Tribunal (NCLT), a senior official said on Sunday. 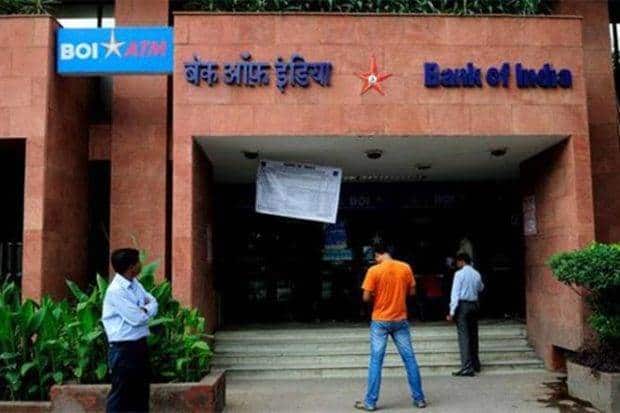 For BOI, the NPAs have "tapered out" and the bank is on the growth path, a senior official said

Public sector Bank of India is expecting to recover around Rs 2,500 crore with the resolution of about eight to 10 big NPA cases in the National Company Law Tribunal (NCLT), a senior official said on Sunday. “Recovery will be around Rs 2,500 crores… Eight to 10 big cases. It’s only NCLT big cases,” BOI Executive Director CG Chaitanya told reporters here when asked about the recoveries from the resolution of the cases.

Asked how many cases he saw getting resolved in the next two quarters and the recoveries he expected to come in, he said: :…Big cases we are looking around eight to 10 cases which get resolved in the quarter two and quarter three. It should give a numbers of around, it should add to my profitability of around Rs 1,500 crore.” The recovery would be around Rs 2,500 crore from the eight to 10 big accounts, Chaitanya said.

For BOI, the NPAs have “tapered out” and the bank is on the growth path, he said. It is not expecting any fresh slippages, he added. Chaitanya was talking to reporters on the occasion of opening phase of the bottom-up consultative process designated to generate ideas and review performance of banks and their alignment with national priorities conducted at the zonal level on August 17 and 18 by Bank of India in Hyderabad. This was also carried out across other zones of the bank pan-India, a BOI release said.

In a first of its kind consultation, the branches were themselves engaged in a self-assessment and deliberated on the issues and evolved ideas on future strategy, it said. The meet focused on the ways and means to increase credit to various sectors of the economy with greater IT content to bring about innovation and leverage big data analytics. The idea is to make banking citizen-centric as well as more responsive to the needs and aspiration of senior citizens, farmers, small industrialists, entrepreneurs, youth, students and women, it said. “This is a first of its kind initiative being undertaken by the bank.

Several topical themes such as digital payments, corporate governance in PSBs, credit for MSMEs, retail, agriculture, export credit, establishing financial grid and enabling bank credit towards a USD 5 Tn economy were discussed during the meet with a view to chart out specific roadmap for public sector banks,” Chaitanya said.