Bank of India cuts lending rate by 0.25 per cent

Bank of India’s new lending rate will come into effect from May 4. 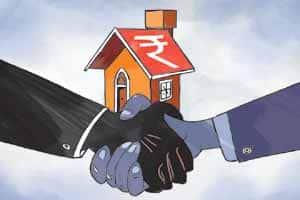 Even as expectations get built that the MCLR will help in faster transmission of policy actions, the agency said it is possible only if the lenders cut their deposit rates.

State-owned Bank of India today reduced the base rate or the benchmark lending rate by 0.25 per cent to 9.95 per cent which will make auto, home and other loans cheaper.

The new rate will come into effect from May 4.

The cut in the base rate will provide relief to borrowers as the rates of interest on auto, home and other loans are linked to it.

The RBI had reduced the policy rate by 0.5 per cent in two tranches since January.

Referring to the reluctance of the banks to pass on the rate cut to the borrowers, Rajan termed as “nonsense” the lenders claim that cost of fund was still high.

“The banks marginal cost of funding (has) fallen, the notion that it hasn’t fallen, is nonsense; it has fallen!” Rajan said on April 7 trigerring reduction of lending rate by borrowers.