Axis Bank reduces lending rate by 0.05% across all tenors

Private sector lender Axis Bank today cut lending rate by 0.05 per cent, a move which will lower EMIs for its new borrowers. 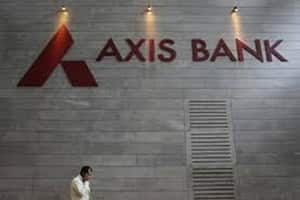 Private sector lender Axis Bank today cut lending rate by 0.05 per cent, a move which will lower EMIs for its new borrowers.

The new rate for one-year lending tenure has been reduced to 9.25 per cent from 9.30 per cent, Axis Bank said in a statement.

“Accordingly, new loans will be priced at the published internal benchmark MCLRs with effect from August 18,” it said.

RBI introduced MCLR from April 1, this year for faster transmission of policy actions into actual lending rates by the banks. Lenders are given the leeway to review their MCLR once in a month and it is the hope of the RBI that the competition will help them act faster.

MCLR replaced the base rate system and so far the banks have been very quick to react to competitive forces in making marginal rate adjustments.