The first lesson from tulip bulb mania is that market can be extremely irrational at times and the second lesson is that we can ignore fundamentals of the financial market at our own peril. 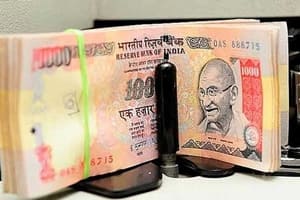 IN Systematic Transfer Plan (STP), an investor is able to invest a lump sum in mutual fund with the option of transferring the fixed or flexible amount into a different scheme. (Source: IE)

The tulip bulb bubble is legend in investment circles. This is possibly the first investment bubble in recorded history. It took place in 17th century Holland when the country was a major economic power.

The crash wasn’t such a major economic event as such because Holland’s economy wasn’t affected. What makes The Tulip Bulb Mania interesting is the loss of rationality on the part of the investors. Since financial markets periodically go through irrational exuberance and exaggerated pessimism, economists, traders, and experts try to find new ways to analyze investors’ behaviour.

Tulip mania, as it is popularly known, being the first of the bubble that burst, provides a starting point in many case studies. Moreover, the recurring theme of stock market bubbles renews interest in this event that occurred about 400 years ago.

The tulip is a cup-shaped flower. The tulip bulb is used to produce the tulip flower. Tulip was introduced to Holland by Turkey. There was a rush to buy tulip bulbs by the new rich and middle class in Holland. As demand soared, so did the prices. After some time, speculators entered the market for tulip bulbs and raised the prices by speculating on demand.

The tulip turned into a status symbol. Prices skyrocketed to absurd levels. To put things in perspective, you could have traded your two months’ income to buy a tulip bulb. A few rare bulbs commanded even higher prices.

Investing lessons from the mania

THE MARKETS ARE OFTEN IRRATIONAL: The first lesson from tulip bulb mania is that market can be extremely irrational at times. The herd behaviour of investors is partly responsible for this but speculators can play a bigger part. Look at the multiples in 2007-2008 just before the market crashed. There were companies trading at a P/E ratio over 100 without making a single paisa in profit in the dotcom era.

WATCH THE FUNDAMENTALS: The second lesson is that we can ignore fundamentals of the financial market at our own peril. Any asset is worth as much as the value it provides and no more. Markets can become irrational sometimes and asset prices can exceed their intrinsic values. However, sooner or later, the price of any asset will reflect its true value.

This is not to say that the bubbles are all bad. People have made money in financial bubbles. However, it is fraught with risk. The possibility of gain may be high but so it the possibility of loss. Moreover, the losses incurred by investors far outstrip the gains of few individuals.

REACT SENSIBLY: The third lesson comprises of our reaction to it. Investors tend to think that there will always be buyers whom they can sell at a higher price than their cost. It looks true because many have been doing it, but this is obviously incorrect. When the prices appreciate beyond the affordability of investors, there will be no buyers and prices come crashing down.

AVOID THE RUSH: The fourth lesson is to avoid rushing to invest without checking the fundamentals. Investors must learn a few basic things about stock market investment, its risk, types of assets, investment horizon etc. Never buy an asset just because it is cool to have it in your portfolio or because your peers, whom you hold in high regard, have invested in it.

TIMING THE MARKET: The final lesson is regarding the propensity of investors to time the market. Timing the market means you try to guess when the market will reach or have peaked or bottomed out and decide accordingly. Needless to say, timing the market is next to impossible. In the tulip bulb mania, many new entrants did precisely the same. They assumed there is further possibility of prices going up and they kept buying and accumulating. Once there weren’t enough buyers, their entire inventory was worthless. In some cases today, investors who had bought stocks at their peak in 2008 are yet to recover their money even after eight years.

Investors’ behaviour is an intriguing subject. A whole school of behavioural finance has come up to study precisely this. After all, didn’t Einstein say long ago that he can measure the expanse of the universe but not of human stupidity? That, in effect, sums up the tulip bulb mania.

The author is CEO, BankBazaar.com