Uber’s self-driving truck company Otto, has recently come out with the first ever commercial delivery by a self driving vehicle. 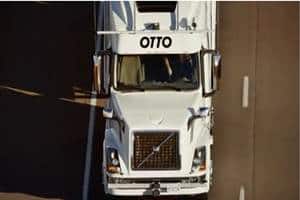 Some may consider it cheating, but it shows advantage of self-driving vehicles.

Uber’s self-driving truck company Otto, has recently come out with the first ever commercial delivery by a self driving vehicle. The truck which has Otto’s autonomous driving technology transported a truckload of Budweiser beer from Fort Collins, Co. to Colorado Springs, which had a distance of around 120 miles. As per the company, truck drove hands-free from exit to exit, even though a driver was in the cab to take over in case there is an emergency.

Other vehicles of the company, pre-mapped the route ahead of time, which followed Colorado’s I-25. Some may consider it cheating, but it shows advantage of self-driving vehicles. As one of those vehicles travels along in the same route, it can send other data as well as mapping to vehicles behind which can help in status update of the route.

Anheuser-Buschhad is doing business with Otto since the trucking firm went public last year. Says Sembrot, Anheuser-Busch senior director of logistics strategy that this is the future of transportation. The benefits in safety, environment, and operating more efficiently make it something the company is excited to pursue.

However, adoption of self-driving passenger vehicles may be slowed due to reluctance among buyers to be driven around by what is actually a robot. This problem is less present in the trucking industry, where the commercial benefits of self-driving vehicles are immediately clear. They can be safer and more fuel efficient than being manly driven.