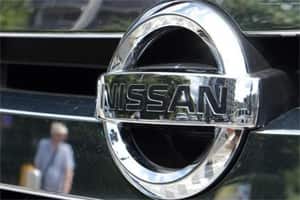 The latest development follows days after truck major Ashok Leyland issued a legal notice to Nissan, restraining the Japanese auto giant from using its equipment/tools installed at the latter’s plant at Oragadam near Chennai for making cars. (Reuters)

Lashing out at Global NCAP, an umbrella body of consumer car safety testing bodies, for “scaremongering”, SIAM Director General Vishnu Mathur said: “Every country has its own safety requirements. Our cars are meeting safety norms set by the government.”

He further said the protocol followed by Global NCAP was not designed for India and tests must be conducted based on the conditions here. Even in a developed market like Europe, crash test is done at a speed of 56 kmph and not at 64 kmph as done by Global NCAP.

“Our average speed in India is far slower. To say that a particular car hasn’t met its (Global NCAP) test is nothing but scaremongering,” Mathur said.

“There is no data to prove that a particular car is dangerous based on how many occupants have been killed in accidents,” he said, adding the Global NCAP had issued a test result based on just a crash test.

He said India is already working on road safety regulations, based not just on crash test but after considering overall safety related issues.

Mathur also defended the companies stating that they have not “duped consumers”.

“None of these companies have ever claimed that their models are 5 star rated on safety. The consumers are aware what they are buying. What Global NCAP should be doing is to spread awareness on safety and encourage customers to but cars with all safety features, even if they come at higher cost,” he said.

“These risks would be significantly reduced if the cars had to comply with the UN test regulation for frontal and side impact,” Global NCAP had said in a statement.Both Maruti Suzuki and Nissan had stated they fully conformed to all the regulations that are presently applicable in India.