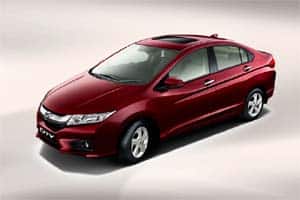 Following the government’s decision to withdraw  the excise concession, available to the automobile sector, beyond December 31, 2014, several manufacturers including Maruti Suzuki, Hyundai Motors and Honda Cars have decided to pass on the increased duty to the consumers by raising the prices of their cars with effect from January 1.

Leading carmaker Maruti Suzuki announced to hike its prices between Rs 7,850 for Omni and Rs 31,600 for its mid-sized sedan Ciaz. The price of Maruti’s Swift has been raised by up to Rs 25,150 whereas Dzire has become expensive by up to Rs 26,650.

While a cut in rates along with a pick up in the economic activity led to a rise in sales for the leading manufacturers in 2014, with Maruti and Hyundai witnessing their highest ever numbers in 2014, the impact of withdrawal of excise concessions on sales will have to be seen.

Hyundai Motors India Ltd (HMIL), too, announced price hike between Rs 15,000 and Rs 1,27,000 across its various models, taking into account the withdrawal of excise concession and raised input cost.

“In these adverse conditions, the price increase is necessitated due to higher excise duty and increased input cost. We have increased the prices across all models starting from Eon to Santa Fe in the range of Rs 15, 000 – 1, 27,000, effective from January 01, 2015,” said Rakesh Srivastava, senior vice-president, sales and marketing, HMIL. The price of Hyundai’s entry-level small car Eon has gone up by Rs 15,417, the price of its premium sports utility vehicle Santa Fe has gone up by up to Rs 1.27 lakh.

Honda Cars had on Monday announced a hike in the prices of its cars by up to Rs 60,000 and GM India on Tuesday announced a price hike of Rs 61,000 across its various car models. Tata Motors has said that it will announce the price hike soon.