Maruti plans to strengthen mini-segment with another product addition 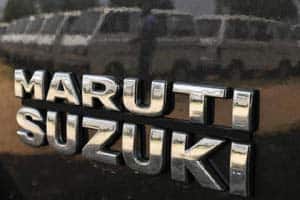 Sales of passenger cars declined 1.4 per cent to 87,757 units compared with 89,014 units in the year-ago month, the carmaker said in a BSE filing. (Reuters)

Maruti Suzuki India is planning to introduce another model in the entry-level mini segment to strengthen its position given with increasing pressure space which comprises close to 35% of the company’s domestic sales volumes.

“Reviewing the market and offerings we are developing a new product for that segment. Already we are planning a product but we have to review the market and decide which product and which kind of model,” Maruti Suzuki India managing director and chief executive officer Kenichi Ayukawa told Financial Express.

“Mini segment is the very core of business for us and we continue to focus on that segment. We have to maintain our products,” he said.

In January this year, Maruti’s mini segment sales saw a year on year decline of 4.3% selling 34206 units compared to 35750 units in January last year. In the April-January period of the current financial year, the mini segment has seen a modest growth of 4.4%.

With the launch of Renault Kwid in September last year, the pressure on the mini segment of Maruti has further gone up. Maruti sells its Alto and WagonR in the segment. While both the models continue to be among the top-five selling cars in the country, Renault’s Kwid has sold close to 25,000 units since its launch.