Mahindra and Mahindra reported 3.35 per cent fall in its standalone net profit at Rs 852.20 crore in the first quarter of the ongoing financial year. 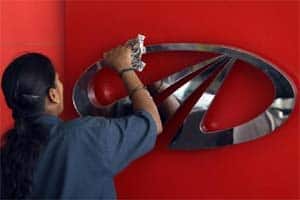 Mahindra group, with interests in automobiles, finance and IT services, has agreed to buy Italian car designer Pininfarina – the Italian company has designed cars for Ferrari, Maserati, Rolls-Royce and Cadillac.

Mahindra and Mahindra reported 3.35 per cent fall in its standalone net profit at Rs 852.20 crore in the first quarter of the ongoing financial year, hurt by slowdown in automotive and farm equipment segments. It beat market estimates as Angel Broking, a brokerage firm, was expecting net profit at Rs 742 crore for April-June 2015 period against Rs 881.78 crore in the corresponding quarter a year ago.

The company had posted a net profit of Rs 881.78 crore in the corresponding period of the previous fiscal, Mahindra & Mahindra said in a filing to BSE.

Bharat Gianani, senior research analyst, automobile, Angel Broking said, “M&M 1Q FY2016 results were ahead of estimates primarily on account of strong operating performance. M&M operating margins at 14.3 per cent surprised positively and were significantly ahead of our as well as consensus estimates. Subdued raw material prices, cost control initiatives also boosted the margins. Given the margin beat, we are likely to upgrade our estimates after understanding the margin sustainability from the management.”

On the outlook, the company said the Indian economy is gradually gaining momentum. Stalled projects are coming back on line while new project announcements have picked up pace in the past couple of quarters.