Delhi pollution: Action on trucks, none on diesel 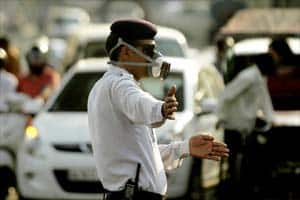 The Supreme Court on Tuesday refused to lift a ban on fresh registration of diesel-powered cars of 2,000 cc and above in the Capital, despite automakers arguing that CO2 emissions by these cars are 20% less than petrol engine ones. Hinting at even extending the ban to smaller diesel cars, the court also prohibited entry of non-Delhi-bound heavy commercial vehicles into the city from four additional entry points. It, however, refrained from taking a call on the demand from environment groups for a pollution tax on large diesel cars.

Agreeing to hear pleas by auto giants Daimler, Toyota and Mahindra and Mahindra, the bench of Chief Justice TS Thakur and Justices AK Sikri and R Banumathi said: “The fundamental point which we have to go into is, which is most polluting — diesel, petrol or CNG. You have to satisfy us on that aspect.”

The apex court asked the government if the deadline for adoption of the exacting Bharat Stage (BS) VI norms for passenger vehicles could be advanced by three years to 2019, even as only a quarter of the diesel vehicles registered in the Capital are compliant with the current BS-IV standards.

The court persisted with its crackdown on diesel vehicles even as it is becoming increasingly clear that the Delhi government’s odd-even traffic policy achieved high compliance levels but made little difference to the Capital’s toxic air.

As reported by FE earlier, an IIT-Kanpur study had revealed that vehicle emissions are less to blame for Delhi’s poor air quality; the major culprits being road dust and construction, the principal emitters of harmful particulate matter.

On December 16, the court had imposed a blanket ban on registration of diesel cars of 2,000 cc and above, including SUVs in the national capital until March 31, noting that they are prone to causing high pollution and are used by the affluent sections of society. It also banned entry of heavy commercial vehicles from national highways 1 and 8.

On Tuesday, the court asked the Delhi government to increase the number of buses it is plying to 10,000 and ensure their proper maintenance in order to improve the public transportation system. It also told the Delhi Metro Rail Corporation (DMRC) to explore the possibility of providing premium service where passengers can book seats in the Metro by paying five-six times more than the normal fare.

Asking automobile firms to furnish documentary evidence to prove their claim that diesel cars are less polluting than petrol cars, the court posted the matter for further hearing on January 20. “We will first have to assess the question whether diesel cars should be allowed at all. Our directions presume diesel vehicles are polluting. For the time being, our action is only on big diesel SUVs. We later plan to extend to anyone buying a diesel car,” the court said.

The companies through senior counsels Abhishek Manu Singhvi, Kapil Sibal and Arvind Dattar argued that their models were environment friendly as they adhered to emission norms. Besides, they argued that their luxury cars and SUVs are not as damaging for the environment as believed. Diesel cars are becoming the norm, and large cars like Boleros and Sumos are used by the common man and in rural areas, the firms contended.

Citing the draft report of IIT-Kanpur, the Society of Indian Automobile Manufacturers (SIAM) said the sources of PM 2.5, one of the most harmful pollutants, are mainly road dust (38%), vehicles (20%), domestic fuels (12%) and industrial activities (11%). It further said that 17% of PM 2.5 in Delhi is due to burning of crops in Punjab, Haryana and Uttar Pradesh during October and November each year.

SIAM said that as per data of the state transport department, the government of NCT, 58,47,712 vehicles were registered in Delhi between April 2000 and March 2015. While the SC is focussing on curbing pollution by restraining the number of diesel vehicles in the NCR, the data shows that diesel cars make up only 8.1% (4,73,688) of the vehicles registered in Delhi, and diesel trucks (86,546) around 1.5%, SIAM said. Around 35,84,155 two-wheelers have been registered during the period. Moreover, diesel vehicles having engines above 2000 cc comprise around 10-20% of total diesel vehicles. Data shared by the companies citing the Delhi government’s website showed that of the 2.64 million cars registered in the NCT until March 2015, 1.42 million were only BS II compliant. BS-IV compliant vehicles constitute just 24% of the total number of diesel vehicles registered in the NCR. The companies claimed the ban prevented the transition of such vehicles to opt for cleaner fuel technology.

“Prohibiting the registration of new BS-IV compliant vehicles shall not result in the desired reduction of air pollution in the NCR, especially when more polluting diesel vehicles continue to ply on roads,” Toyota said in its application.
Mahindra said its cars and SUVs with engine capacity of more than 2000 cc were most popular with the middle-class and were compliant with existing pollution-control norms. “The majority of passenger vehicles it manufactures have a capacity of 2000 cc or above, yet its vehicles are purchased by the common man,” the company said.

On its part, the the Delhi government told the court that it was ready to set up 104 new CNG stations in the NCR.