Centre makes a U-turn on taxability of car discounts

Govt has now turned heat on Maruti Suzuki India by slapping a s Rs 240 crore tax demand on it on a somewhat similar ground. 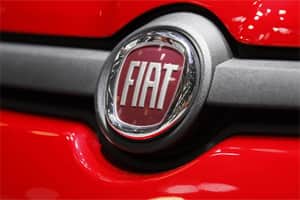 Even as the year-end discounts on car sales are being rolled back, auto majors are a worried lot as the taxman is pressing extra excise duty demands for vehicles sold at a discount.

The government seemed to address carmakers’ concerns as it changed the rules in June to give relief to Fiat India, which lost a tax dispute in the Supreme Court, and to a host of other companies that received extra excise duty demands on the discounts given to consumers. However, showing signs of ambivalence, it has now turned heat on Maruti Suzuki India by slapping a s Rs 240-crore tax demand on it on a somewhat similar ground.

The difference between the Maruti and Fiat cases is that the tax department claims that a part of the discounts offered in Maruti case was recovered by the dealers from the consumer by way of ‘handling charges’, while the impression of the discount has helped Maruti to boost sales.

Such boost in sales or market penetration is a consideration flowing from the consumer to the producer, the value of which is taxable, says the excise department that sought to add Rs 1,570 crore to Maruti’s sales revenue from its Gurgaon plant on which 12% excise duty
is applicable.

The Custom Excise & Service Tax Appellate Tribunal (CESTAT) in Delhi on October 15 ordered Maruti to make a pre-deposit of R150 crore and stayed the realisation of the balance amount till the case is settled.

“In light of this CESTAT decision, companies may need to take a re-look at their discount schemes to entirely rule out the possibility of any flow back of taxable consideration to their (excise) assessable value,” said Saloni Roy, senior director, Deloitte India.

Sources in Maruti India declined to comment, saying last month’s tribunal ruling was an interim order and that the matter was still sub judice.

The Fiat India row that the government won in the apex court allowed it to tax discounts given to consumers in cases where the sale price is below the production cost plus profits, saying market penetration was a taxable consideration flowing from the buyer to the seller.

To calm investors and to protect the declining manufacturing activities, the finance ministry in January clarified that the apex court ruling cannot be blindly applied to every case of discount sale. In July, the Modi government amended the Central Excise Valuation Rules of 2000 to specify that if there is no additional consideration flowing directly or indirectly “from the buyer to the seller” when goods are sold below cost price, then the declared discounted sale price has to be accepted as the basis for excise duty payment.

The implication is that market penetration, an economic phenomenon, cannot be taken as a taxable consideration. That had given immense relief to a host of carmakers who were trying to improve their market share through discount sales.

The new valuation rules are silent on dealer discounts. However, CESTAT held in the Maruti case that dealer discounts were not at the discretion of dealers but were a legally enforceable obligation under dealership agreement, which if violated could end the dealership. Such discounts constitute expenditure incurred on behalf of Maruti, which benefited by way of higher sales and, hence, is taxable as it is an indirect consideration received, said the tribunal.

“The dealer discount is compensated through handling charges collected by the dealers, indirectly benefiting the appellant to undervalue the excisable goods while delivering to their dealers. Since the benefit flows to the producer, it has to be part of the excise assessable value,” said the tribunal.

Maruti Suzuki, which has about a 45% share of India’s 25-lakh-unit passenger vehicle (PV) market, saw its volumes in FY14 remain steady at 10.53 lakh units. However, sales in April-October FY15 were up 12% to 6.55 lakh units on the back of new launches like the Celerio, Ciaz and higher demand for petrol cars like the Alto and Wagon R.

The increased pressure on the car industry from tax authorities comes at a time when the market has just started an uneven recovery. After falling to a decade’s low, PV sales have grown for five straight months since May. But sales again fell in the key festival month of October by 7.5%, signalling that a proper recovery is still some time away.

Incidentally, as a booster for the industry, the government had reduced excise duties on cars by 4-6% in February, and in June extended the cuts to December this year. The NDA government is likely to continue the stimulus till a stable recovery in demand is seen.

* CBEC had clarified twice this year to give relief to carmakers