How TCS, Infosys, Wipro & HCL are gearing up with fresh strategies to tackle demand

The fiscal 20015-16 has been a very eventful year for the $150 billion Indian IT industry with the sector cognizant of the fact that the current model is very unlikely to take them to the next level of growth. 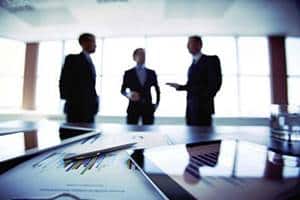 This makes the ratio of upgrades to downgrades, or the credit ratio, at a weak 0.9, a against 1.94 a year ago, or 460 upgrades against 237 downgrades, suggesting improvement in credit quality is still some time away. (Thinkstock)

The fiscal 2015-16 has been a very eventful year for the $150 billion Indian IT industry with the sector cognizant of the fact that the current model is very unlikely to take them to the next level of growth. This would mean certain disruption in the current business model and adoption of new technologies, processes which will make them ready for the next market opportunity.

The process has already started for the Indian IT industry with themes like digital and automation being on top of the agenda for the companies. If digital is the next big business area then technologies like automation are expected to take them to their target. However, it has also been the fiscal which was a mixed bag of fortunes for the top four of the industry—Tata Consultancy Services (TCS), Infosys, Wipro and HCL Technologies. If one saw a definite turnaround, for somebody else it has still been a struggle.

The fiscal has been a year where all the top four IT majors reported an annual revenue growth in single digits in US dollar terms and there has been no appreciable increase in the operating profit margins. The stage has been set for companies to create a differentiating element in their offerings as the overall demand in the marketplace still remains stable with major upswings in any one segment. However, there are few areas like cloud, digital, analytics which could become the big drivers of growth in the future.

According to Gartner, the worldwide IT spending is forecast to total $3.54 trillion in 2016, just a 0.6% increase over 2015 spending of $3.52 trillion. The year 2015 saw the largest US dollar drop in IT spending since Gartner began tracking IT spending; $216 billion less was spent on IT in 2015 than in 2014 and 2014 spending levels won’t be surpassed until 2019. “The rising US dollar is the villain behind 2015 results,” said John-David Lovelock, research vice president at Gartner. “US multinationals’ revenue faced currency headwinds in 2015. However, in 2016 those headwinds go away and they can expect an additional 5% growth.”

According to Gartner, the spending in the IT services market is expected to return to growth in 2016, following a decline of 4.5% in 2015. IT services spending is projected to reach $940 billion in 2016, up 3.1% from 2015. This is due to accelerating momentum in cloud infrastructure adoption and buyer acceptance of the cloud model.
According to industry observers, the 2016-17 fiscal could be a defining year for the Indian IT industry on many counts. It could lead to a separation among the top four and may result in catch up for certain companies. Secondly, the industry can break out of its long standing model of adding people to increase revenue which could result in lesser hiring and lastly, the industry will have to rely increasingly on mergers & acquisitions to reach their targets both in terms of technology and revenue.

India’s largest IT services exporter —TCS, had a very forgettable 18 months prior to the fourth quarter performance of FY16. Over the six quarters, it had consistently underperformed the market expectations and it had been perplexing for the industry watchers as it was firing on all cylinders. The fourth quarter of FY16 seemed to be revival in some sorts as it put up a creditable performance shaking of its past lackluster results.

For the fourth quarter of FY16, it reported a sequential revenue growth of 1.5% in US dollar terms which managed to meet the analyst expectations. More importantly, the company sounded very confident about the future outlook. TCS annual revenue crossed trillion rupees in FY16 to touch R108,646 crore with a growth rate of 14.8%. The net profit during this period was R24,215 crore a rise 23.2%. The operating profit margin came in at 26.1% during the fourth quarter and TCS has stated that it is comfortable in the range of 26-28%.

TCS CEO N Chandrasekaran said, “Our core portfolio performed strongly in a seasonally weak 4th quarter driven by strong volumes led by growth in BFSI, retail and manufacturing sectors. This gives us good momentum going into the new financial year.” He further said, “Looking ahead, we continue to build on our trusted customer relationships and remain focused on helping them win in the new experience economy. We will continue to invest in developing ‘digital’ talent and launch new products in emerging areas leveraging the Internet of Things, automation and machine learning.”

For TCS, digital has been a big theme and in FY16, this revenue grew by 52.2%. Digital revenues were led by analytics & artificial intelligence, cloud and mobility and channels.

In the case of Infosys, the second largest IT services exporter, it has definitely been a turnaround of sorts for the once bellwether of the industry. The FY16 has also been the period where CEO Vishal Sikka headed the company for one complete financial year. Infosys saw a blockbuster performance right through the four quarters of the fiscal. The first six months of the fiscal, it exceeded market expectations and later it also increased the annual revenue guidance. This raised hopes that the company would once again return the bellwether status for the industry.

However, the company under Sikka has set very clear path on where Infosys would be headed. Given the dynamics of newer technologies coming into play, Infosys has put a major thrust on areas like artificial intelligence, robotics, open source. In short it is reimagining everything that is being done. The concept of design thinking introduced by Sikka has led to a new way of doing things by Infosys both internally and also in dealing with the clients. Besides, there has also been the introduction of other concepts such as zero distance, renew and new which are driving the new growth strategy for Infosys.

For the fourth quarter of FY16, Infosys reported a sequential revenue growth of 1.6% in US dollar terms but the bigger boost came in terms of guidance for FY17. It has projected a revenue growth in the range of 11.5-13.5% for FY17 which is higher than guidance set by Nasscom at 10-12% for the entire industry. This should come as a major relief for Infosys as it had trailed the industry growth rate for the past couple of fiscals.

As Vishal Sikka said, “I am proud of our company’s achievements in my first fiscal year as CEO of Infosys. At the same time, I am humbled by the task that is still in front of us. We started the year just two quarters into a strategy to completely reimagine the notion of services and to transform Infosys.”

“Despite these heartening results, they are still based on metrics of the past, of the way the industry has been. The world of our future looks entirely different—it is a world that is being fundamentally reshaped by digital technologies, and it is our endeavour to create great value for every business,” he said.

The third largest IT services exporter—Wipro has not able to maintain the tempo when compared to its peers. Having undergone considerable restructuring over the years, the company is yet to return to the double digit growth path. The company last reported a double digit growth in FY12 and since then it has always been in single digits. FY16 has been a below par performance for Wipro recording a growth of just 3.7% in US dollar terms. The tepid revenue growth during the fiscal was largely impacted by downturn in energy segment when oil prices hit new lows and Wipro had made significant investments in this sector. Wipro has not been able to make any significant gains from the financial services sector, which is the main revenue generator for the entire industry.

However, Wipro has set out an very ambitious target for itself to reach a revenue of $15 billion by 2020 with an operating margin of 23%. This would mean a doubling of revenues in the next four years. According to the company, the core leadership team has laid out the ambition and there is tremendous amount of detailing in terms of how to get there.

The new CEO of Wipro, Abidali Neemuchwala believes that the company is now geared up to reach this ambitious target. He has outlined the six themes which will drive the company’s future agenda. The themes are: digital, client mining, localisation, non-linearity , hyper automation and leveraging the partner ecosystem.

In the fourth quarter of FY16, Wipro reported a sequential revenue growth of 2.4%, but this was largely aided by couple of acquisitions which was done during the fiscal.

In terms of operating profit margins, there has been a downward trend to touch 20.5% for the fiscal as compared to 22.2% for FY15.

Even the revenue guidance it provided for the first quarter of FY17 in the range of 1-3% did not lift the mood of the market.

Neemuchwala said, “Our focus is to drive significant growth in our ‘run’ business through in integrated services and hyper-automation while gaining leadership in the ‘change’ business through investments in digital and consulting capabilities, IP-based platforms & products and creating differentiated domain solutions for non-linear growth.”

HCL Technologies, India’s fourth largest IT services exporter had its own share of ups and downs during the course of the fiscal. The big engines of growth for the company have been its infrastructure and engineering services verticals. However, there does not seem to be some steady growth consistency from these two verticals.

The company has also taken the inorganic path to beef up its capability like the acquisition of Geometric or the long term deal with Volvo. Though, HCL has been consistently talking about billion dollars total contract value (TCV) deals in its kitty, this does not seem have to have translated into actual revenues.

HCL Technologies reported a 2% decline in net profit for the January-March quarter at $285 million compared to the previous quarter, hurt by a contraction in margins led by decrease in business from its banking and financial services vertical. Its profits for the October-December quarter were at $290 million. The revenue increased 1.3% to $1.58 billion during the three months through March compared to $1.56 billion the previous three months through December.

“Our investments in BEYONDigital, IoT WoRKS and Next-Gen ITO helped us close FY’16 year with a robust growth of 11.6% LTM YoY in constant currency. Our quality of revenue, coupled with best-in-class delivery and DryICE automation platform, enabled us to consistently increase our revenue per employee ahead of the industry. We have significantly enhanced our strengths in new age services and domain leadership through strategic client acquisitions,”said Anant Gupta, CEO, HCL Technologies.