Atmanirbhar Bharat campaign is a call to foster entrepreneurship not protectionism: Venkaiah Naidu

Calling for the creation of an ecosystem of innovation and entrepreneurship, Naidu urged people to adopt the Atmanirbhar Bharat campaign to transform ‘local’ India into ‘global’ India. 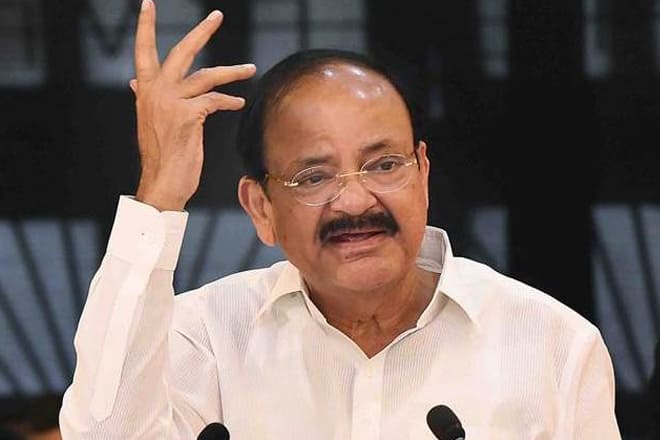 Vice President Venkaiah Naidu on Sunday said that Atmanirbhar Bharat is a launchpad for fostering entrepreneurship, nurturing innovation and creation of an ecosystem for rural-urban symbiotic development. He was speaking at the virtual launch of made in India social networking app Elyments. Calling for the creation of an ecosystem of innovation and entrepreneurship, Naidu urged people to adopt the Atmanirbhar Bharat campaign to transform ‘local’ India into ‘global’ India. He emphasized that India’s call for the self-reliant economy wasn’t for protectionism or isolationism “but for adopting a pragmatic development strategy that would enable the country to recognize and capitalize on its inherent strengths,” a statement by the Vice President’s Secretariat cited Naidu as saying.

PM Modi had launched the Atmanirbhar Bharat Abhiyaan in May this year for India’s economic self-reliance as Covid relief package worth Rs 20 lakh crore. The prime minister had also urged people to adopt made in India products to benefit domestic businesses and that “every Indian must become vocal for our local,” Modi had said in his address to the nation in May.

Under Atmanirbhar Bharat campaign, Modi had also launched Atmanirbhar Bharat Innovation challenge on Saturday to identify Indian apps that have potential to go global across various categories along with creating new apps in India that are “world-class”. “To help our start-up and tech community achieve this objective, Ministry of Electronics & Information Technology along with Atal Innovation Mission are coming up with the Aatmanirbhar Bharat Innovation challenge. This shall run in two tracks: Promotion of Existing Apps and Development of New Apps,” Modi wrote in a LinkedIn post on Saturday. The eight broad categories for the challenge are office productivity & work from home, social networking, e-learning, entertainment, health & wellness, business including agritech and fintech, news and games.

The government had recently announced the banning of “malicious” 59 Chinese apps including TikTok, Helo, WeChat, Club Factory, Shareit, UC Browser, Cam Scanner and more to ensure safety to sovereignty and integrity of India. As a result, multiple Indian apps including Mitron, ShareChat, Roposo, Chingari, Rooter and more have sprung into action to tap into the Atmanirbhar call and boycotting import and use of Chinese goods.