At $2 bn, Adani Group, Australia’s Downer ink one of largest deals of its type 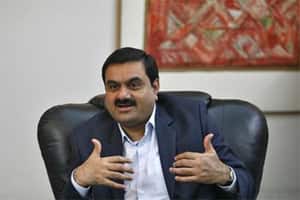 Australian Engineering Group Downer EDI has won a $2 billion contract from billionaire Gautam Adani’s Adani Group’s Carmichael Coal Mine project in Queensland in one of the largest deals of its type signed in the country in recent years.

Under the five-year contract, with two additional one-year options, Downer will be responsible for statutory management and mine operations, drilling and blasting and load and haul of waste and coal.

Downer Group said it has received two Letters of Award from Adani Mining advising of its intention to enter into contracts for the provision of mining services and the construction of mine infrastructure at the Carmichael Coal Mine in the Galilee Basin in Central Queensland.

Welcoming the new development, Adani Australia Country Head and CEO Jeyakumar Janakaraj said the it is the latest milestone in Adani’s prompt transition from the approvals to the building phase of the company’s mine, rail and port projects.

“The Carmichael mine lies at the heart of these projects which will deliver vital export opportunities for Queensland, 10,000 jobs, 22 billion dollar in taxes and royalties to be invested right back into frontline services across our State, and crucial work opportunities for small and medium sized businesses.

“This partnership with Downer reflects the clear confidence that tier one firms have in Adani’s projects and we welcome the chance to work with such a respected, proven partner on this critically important task,” Janakaraj said.

“In selecting Downer as the mining services contractor, we are confident that not only we are well placed to meet our longstanding first coal guidance of 2017 but that we are one step closer to our goal of building a long-term future with Queensland,” he said.

Adani’s mine, rail and port projects encompass the high quality, cost-efficient Carmichael mine, near Clermont, both the Carmichael and North Galilee Basin Rail, Queensland’s first standard gauge line which will help open up the basin by linking the mine to the port of Abbot Point, and the existing Terminal One and soon to be constructed Terminal Zero at Abbot Point, near Bowen.

Downer’s CEO Grant Fenn said the Adani mining services contract would be one of the largest of its type signed in Australia in recent years.

“We’re very much looking forward to working with Adani at the Carmichael Coal Mine, which is expected to become the largest thermal coal mine in Australia,” he said.

The capital for the major fleet for the mining services contract will be provided by Adani.

First mining is scheduled for the second quarter of 2016 and first coal in 2017.