As some start-ups falter, their employees gain

Start-ups are beginning to stumble as funds dry up and revenues remain elusive but their employees are able to get a second chance. 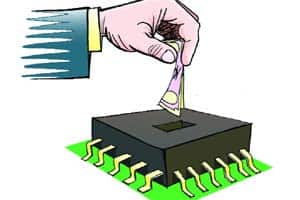 IIT-Delhi, where the smart network layer platform i2e1 was incubated, is also a shareholder in the company. ( Financial Express illustration)

Start-ups are beginning to stumble as funds dry up and revenues remain elusive but their employees are able to get a second chance. In the latest acqui-hire, hyperlocal Grofers is picking up people from food tech start-up SpoonJoy and B2B logistics service provider Townrush. Albinder Dhindsa, founder and CEO, Grofers, confirmed to FE the transaction was on without disclosing whether any cash or equity was changing hands.

It’s unlikely, given Townrush shut shop last week, failing to raise any follow-on money after it attracted seed funding in July from Lightspeed Venture Partners. SpoonJoy too is struggling, although it was among the first to venture into the food space. It attracted $1 million initially from SAIF Partners but failed to raise funds thereafter and has been compelled to scale down its operations in Delhi and parts of Bengaluru. Earlier this month Dazo, another Bengaluru food tech start-up, wound down operations.

“The teams have rich experience in building and running early-stage tech companies and this allows us to get hold of a large talent pool. We’re scaling up operations so we could use the expertise,” Dhindsa said, adding the deal was purely an acqui-hire.

Grofers, founded in 2014, is clear it wants to focus on what it’s doing now — connecting consumers with their local neighbourhood merchants such as grocery shops, fruit and vegetable vendors, bakeries or pharmaceuticals. As such it doesn’t intend to retain any of the businesses of either SpoonJoy or Townrush. “We do not plan to enter the food space as product and food delivery are not compatible businesses,” Dhindsa said.

Hyperlocal businesses have, by and large, stuck to the knitting but have allowed other e-commerce businesses to partner with them. In early September restaurant search and review website Zomato bought minority stakes in hyperlocal delivery companies Grab and Pickingo looking to strengthen its food ordering business. Zomato co-founder and chief executive Deepinder Goyal confirmed that the company had picked up single-digit stakes in Grab and Pickingo, though no financial details were revealed. In an interview to FE’s Brand Wagon in September, Mukul Arora, principal, SAIF Partners, had opined that consolidation in the hyperlocal space was inevitable. “There might be more than 50 players in various categories of hyperlocal but only a few will remain. Some may run out of cash while others may merge with larger players,”Arora had said.

While smaller start-ups struggle to make it beyond a year unless investors loosen their purse strings, even the more established e-commerce ventures are finding the going tough. Both Zomato and TinyOwl laid off 300 and 200 employees, respectively, saying they were restructuring their businesses. Harshvardhan Mandad, TinyOwl’s co-founder and CEO, said the firm was looking at a viable business model. “Our aim is to place our diverse talent into more focused departments providing a seamless food ordering experience for our customers with enhanced offerings and services,” Mandad said.

2.Townrush has already shut shop, had only 10 techies

6.Hyperlocal will now have 900 employees