As many as 13 foreign firms, including Warren Buffet’s, vying to enter Indian reinsurance sector

The Insurance Regulatory and Development Authority of India (IRDAI), after giving final licences to five global players, has paved the way for four more, clearing the preliminary approvals including Lloyd’s from London and Warren Buffet’s Gen Re last week 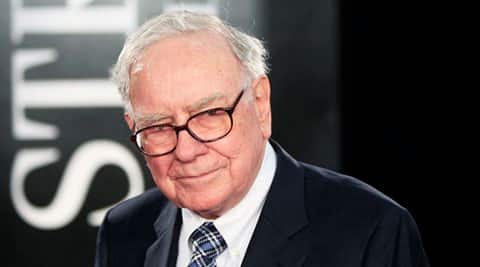 The Indian reinsurance market is all set to witness intense competition with around 13 players preparing to enter the insurance field which is presently dominated by General Insurance Corporation of India (GIC Re). The notable foreign insurance company being Warren Buffet’s. The Indian markets were thrown open to foreign companies in 2015.

The Insurance Regulatory and Development Authority of India (IRDAI), after giving final licences to five global players, has paved the way for four more, clearing the preliminary approvals including Lloyd’s from London, Warren Buffet’s Gen Re and Axa Re last week. Lloyd’s has received R2, which is the second round of regulatory approvals, Axa Re and Gen Re have received R1 (Round 1). Another player XL Catlin has also cleared the preliminary licence.

Axa Re already has two insurance joint ventures with Bharti by the names, Bharti Axa Life and Bharti Axa General Insurance. Axa has made a astonishing entry into the country’s reinsurance market. The Indian branch is going to be the second branch globally, next only to Paris’, where it is headquartered. This has made Indian reinsurance venture special.

A company source from Paris told The Indian Express, “We are really impressed with the ongoing economic developments in the country and have decided to take a plunge in the reinsurance market also.”

Some more foreign companies like Munich Re, Swiss Re, Hannover Re, SCOR and RGA have also received final licences (R3) from the IRDAI as they are also set to open their branch operations in India soon. The insurance regulator follows a three-step approval process, by the name R1, R2 and R3, in order to give licences to any re-insurer. All the aforementioned re-insurers received R3 approval after finalising the required capital of Rs 100 crore to start their operations in India.

The Global re-insurers, who have received final regulatory approvals, have started doing business from India through their offshore offices and have an exposure of over $1.5 billion in Indian markets. These Global re-insurers have waited for long, to set up direct operations in India after the Insurance Amendment Act, 2015 allowed them to open branch operations rather than adjuncts in the form of joint ventures with a local partner in India.

These new re-insurers are most likely to inaugurate their new branches in India from January, 2017. These firms are planning April 1 renewals when almost Rs 1 lakh crore of general insurance business will be renewed by the Indian general insurance sector.

Germany based Munich Re’s India unit stated, “We see India as one of high primary growth market with future growth potential across all segments of insurance. We see potential of traditional as well as tailor made and innovative solutions to support clients in risk management and capital management areas to help them grow.’’