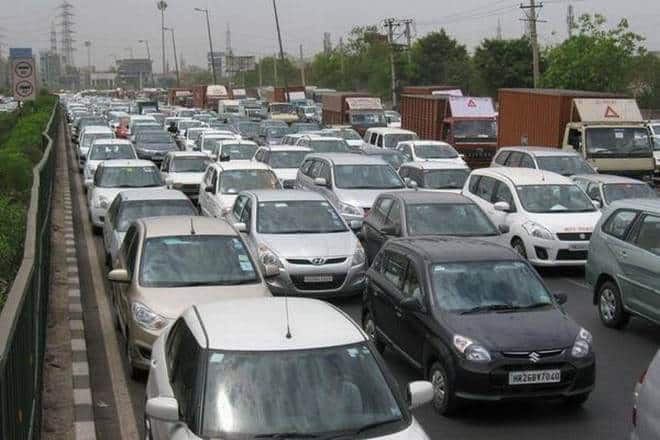 A whopping 76% growth in sale of commercial vehicles in April led the auto sector start the new fiscal year on a good note. (PTI)

A whopping 76% growth in sale of commercial vehicles in April led the auto sector start the new fiscal year on a good note. According to data released by the Society of Indian Automobile Manufacturers (SIAM) on Thursday a total of 72,993 CVs were sold in April, although on a low base from a year ago. The CV segment was most-hit by disruption in fuel emission standards. Heavy trucks and buses witnessed an unprecedented growth of 169% at 28,574 units while light commercial vehicles grew to 44,446 units at 43.92%. “In April 2017, we moved from BS III to BS IV. As a result, production (of CVs) was significantly weak as people were not able to find components, so production was severely down. So that’s why you have seen there is a 200% growth,” deputy DG, SIAM, Sugato Sen, told reporters.

Auto analysts believe that CVs will continue to post healthy growth in the coming months due to strong economic indicators and prediction of normal monsoon. “It (CV category) is expected to show a growing trend, especially with the monsoon prediction being positive, and a fair amount of that growth is expected to be also on account of replacements and strict enforcement of compliance with overloading,” Sridhar V, partner, Grant Thornton India LLP, said.  The auto industry grew at an impressive 17.44% domestically in April from a year ago. The automakers sold 23,79,718 vehicles in the opening month of this fiscal vis-à-vis 20,26,373 units a year ago.

“If you look at the passenger vehicle sales numbers, they have become very significant. And because the numbers have gone up, the rate of growth has automatically come down because of the base effect. Earlier we used to have double-digit, high double-digit growth, we don’t expect that kind of growth anymore,” Sen explained. On the two-wheelers front, the domestic market grew at 16.92% on strong rural demand. The sales jumped close to 2-million mark, clocking 1,958,241 units against 1,674,787 units a year ago.  The monthly two-wheelers sale have crossed 2 million units only once in September 2017. “The sale this month in two-wheelers is the second highest over the last 36 months, close to breaching the 2-million-mark which has happened only once in September 2017,” Sridhar V said.