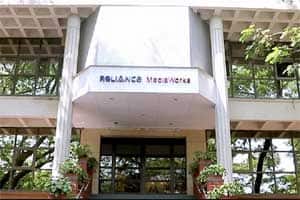 According to a BSE filing, Reliance MediaWorks (RMW) sold 2.91 crore shares, representing 9.75 per cent stake of Prime Focus (PFL), to bring down its shareholding to 35.11 per cent.

The shares were offloaded on September 24 and based on the closing price of Rs 53.35. The transaction is estimated to have been valued at Rs 155.46 crore.

In April this year, Prime Focus completed the transaction to combine Reliance MediaWorks’ (RMW) global film and media services business with itself.

The transaction was first announced in July 2014 and received the Competition Commission of India’s (CCI) approval on December 15 in the same year.

RMW and the promoters of Prime Focus, Naresh and Namit Malhotra, infused fresh equity capital of Rs 120 crore into Prime Focus at Rs 52 per share, through a preferential allotment aggregating Rs 240 crore.

As part of the transaction, the domestic and overseas operations of RMW’s film and media services business was combined with Prime Focus through a slump sale. The net consideration was paid in the form of fresh equity shares of PFL valued at Rs 52 per share, the company said in a statement.

The promoters of Prime Focus and RMW had earlier announced the mandatory open offer to the extent of 26 per cent of the fully diluted share capital of PFL, at Rs 52 per share, in compliance with applicable Sebi rules and regulations. The open offer closed on January 16.

Prime Focus is listed on both BSE and NSE.