Reliance Group will be investing Rs 5,000 crore in phases to set up proposed state-of-the-art naval shipbuilding facility in Rambilli, near Visakapatanam. 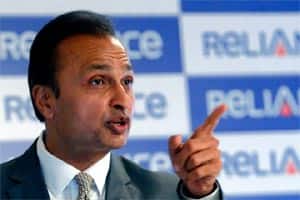 Anil Ambani-led Reliance Group has proposed to set up a naval shipbuilding facility in Rambilli, near Visakapatanam. (Reuters)

Reliance Group has proposed to set up a naval shipbuilding facility in Rambilli, near Visakapatanam. The group will be investing Rs 5,000 crore in phases in the proposed state-of-the-art facility.

Reliance Group chairman Anil Ambani, who announced this during the CII Investor Partnership Summit, signed a memorandum of understanding (MoU) with the Andhra Pradesh government in this regard. “Reliance Defence, a wholly owned subsidiary of Reliance Infrastructure, will implement this project. This represents the single-largest investment by any company at one location anywhere in Andhra Pradesh,” Ambani said.

The Indian Navy is estimated to spend nearly Rs 20,000 crore per year on acquisitions and fleet modernisation of submarines and aircraft carriers over the next 15 years under the ‘Make in India’ initiative, and the proposed unit is set to be benefited from it.

The unit will generate thousands of skilled jobs. It would also lead to creation of a multi-tier array of defence ancillaries with further investments of Rs 5,000-10,000 crore and thousands of skilled jobs, Ambani said.
The Vizag naval facility  will complement Reliance group’s existing facility at Pipavav in Gujarat with a clear focus on building strategic assets for the Navy.

Vizag has since ancient times been a hub of commercial and maritime activities. It has today grown to become one of the busiest harbour cities in Asia. Given its critical location, from geopolitical and strategic perspectives, on the east coast, and its proximity to India’s naval establishment, including the Coast Guard, and  BARC, Vizag is ideally suited for manufacturing of strategic assets such as nuclear submarines and aircraft carriers, Ambani said.

Ambani also said Reliance Group has had a strong business engagement with Andhra Pradesh and it has already invested Rs 15,000 crore and created thousands of jobs in the state across a range of sectors from telecom to power.

More Stories on
Anil AmbaniReliance Group
Next Story
Govt’s to unveil startup policy: 6 points on how it will be a booster shot for Indian startups