Rao cautioned that if such a step isn’t taken, farmers will be required to pay ‘high royalty on a technology which has lost its economic value’ 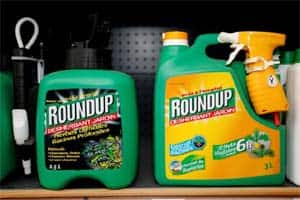 Rao cautioned that if such a step isn’t taken, farmers will be required to pay ‘high royalty on a technology which has lost its economic value’ (Reuters)

Andhra Pradesh has accused US-based genetically modified seed giant Monsanto of abusing the Indian Patents Act through its joint venture with Mahyco and displaying anti-competitive behaviour, apart from selling cotton seeds at much higher rates in India than in China, thus resorting to differential pricing.

In a 13-page letter to commerce and industry minister Nirmala Sitharaman this month, Andhra Pradesh agriculture minister Prathipati Pulla Rao wants the Centre to revoke Monsanto’s patent for Bollgard II under section 66 of the Patents Act in view of “public interest”. He cautioned that if such a step isn’t taken, farmers will be required to pay “high royalty on a technology which has lost its economic value”, if reports of the Central Institute for Cotton Research and Acharya NG Ranga Agricultural University are to be believed.

“Andhra Pradesh… is seriously affected and prejudiced by the patents granted to Monsanto Technology LLC and abuse of such patent rights by the patentee, in particular as to Bollgard II technology,” Rao wrote in the letter.

Rao also wants the Centre to notify appropriate provisions under section 92 of the Patents Act so that any seed company that approaches Mahyco Monsanto Biotech (India) Ltd (MMBL), the joint venture company, to get a sub-license to sell such cotton seeds gets it. The idea is to foster competition, which could potentially drag down prices to reasonable levels, given the high demand Rao is also critical of MMBL, saying it “claims that it had the license of the Bt technology from Monsanto to commercialise it in India but never produced any document in support of its claim”. Moreover, Rao said, “Monsanto has in the sub-license agreement included various clauses that are not only anti-competitive and against public policy but also against the Patents Act”.

He said Monsanto was charging “unreasonable trait value”, which prompted Andhra Pradesh, Telegana and even Maharashtra were specifying “reasonable trait value” in their price fixation orders. Still, Monsanto “was enforcing its contract and collecting higher trait value”. He said that Monsanto charges royalty to the tune of `40 per 450 grams of cotton seeds in China for the same technology (Bollgard 1 and Bollgard II), while in India, the royalty is high as `180. “Thereby, Monsanto has adopted discriminatory practice of charging differential royalty in different countries for the same technology, even though there is no extra benefit in terms of technology to the Indian farmers.”

The letter said Monsanto is cashing in on cotton farmers’ over-dependence on Bt seeds. This is because there is no scope to cultivate non-Bt crop in the vicinity of Bt cotton crop, as the bollworm pest repelled from the Bt crop will be diverted to non-Bt cotton fields and cause extensive damages. So, around 95% of the country’s cotton area is now under Bt seeds. “Monsanto is encashing this situation and imposing its dominance over sub-licensee seed companies, distorting the cotton seed market which ultimately affects cotton farmers.”

In January, the centre sets up a committee to fix Bt Cotton seed prices, acting on complaints of producers selling the seeds at exorbitantly high prices. The nine-member committee has beeen asked to decide by March 31 on the minimum support price of genetically modified Bt cotton seeds. MMBL had approached the Delhi High court in January against the Centre’s cotton price control order and later the company had moved the court again, seeking a stay on the committee’s functioning.

MMBL has affirmed that the price control regulation is contrary to law and is also against long-term interests of farmers. It also added that it contradicts the government’s vision to promote ease of doing businesses as well as innovation.