Even as Amul has hiked milk prices in Delhi and Gujarat, Mother Dairy has said it has no plans to raise rates. 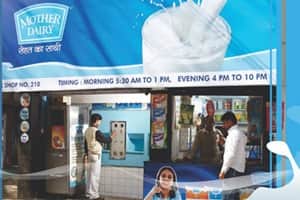 Leading milk supplier Mother Dairy today said it is investing around Rs 200 crore in Maharashtra to set up a new unit in Bhivandi, refurbish Nagpur unit and commence procurement of milk in Marathwada and Vidharbha regions.

Even as Amul has announced an up to Rs 2 per litre hike in milk prices in Delhi and Gujarat, Mother Dairy, another major dairy major in Delhi-NCR has said it has no plans to raise prices. “We are not increasing the consumer prices of liquid milk currently. The last price increase was taken in May 2014 and we are striving to retain prices while giving competitive and remunerative price to the farmer,” a Mother Dairy Spokesperson told FE Online.

“Though the farmer prices have been increasing over the past 3 months due to environmental temperature, summers and season demand by about Rs 2.50/kg; Mother Dairy has been able to absorb the impact. The prices are likely to go up further in coming months. We are keeping a close watch on the milk availability and price situation and may take a call on consumer prices if the situation warrants,” the Spokesperson added.

Amul has cited increase in production cost as the reason for hiking prices. The new price came into effect in Delhi market from Friday and in Ahmedabad and Saurashtra regions from June 4. The increase comes as milk cooperatives associated with GCMMF have seen 12-14 per cent increase in procurement compared with the same time last year.

GCMMF sells milk products under the Amul brand. “In Delhi, we last raised the milk price 25 months ago in May 2014, and since then cost of production has gone up by 20 per cent, while inflation is up 14 per cent. Decision to increase the price was taken considering these facts,” Sodhi said.

Sodhi said in Delhi-NCR milk prices would be raised by Re 1 per pouch of both half litre and one litre.