A bench comprising Chief Justice N V Ramana and Justices A S Bopanna and Hima Kohli, which had earlier sought small written submissions from parties to the litigation in place of “truckload” of bulky documents, again expressed displeasure on Wednesday over the written notes submitted by Future Group. 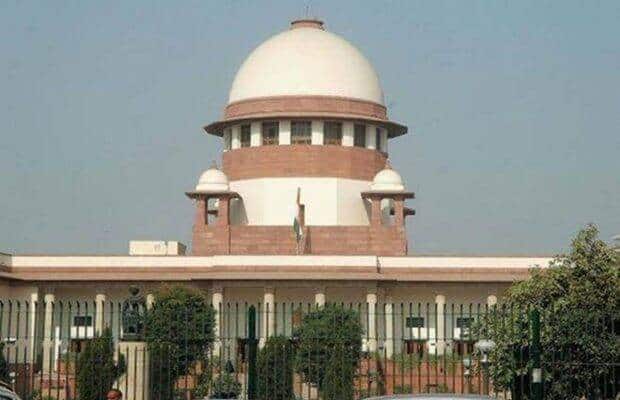 The bench then said that if there was no urgency then the matter will be listed for hearing on January 11.

Expressing displeasure over the timing and content of documents submitted before it by the parties in the Amazon-Future case, the Supreme Court Wednesday deferred to January 11 the hearing on the Future group plea against a Delhi High Court order declining stay on an arbitration tribunal decision refusing to interfere with the Emergency Award (EA) of the Singapore International Arbitration Centre (SIAC).

A bench comprising Chief Justice N V Ramana and Justices A S Bopanna and Hima Kohli, which had earlier sought small written submissions from parties to the litigation in place of “truckload” of bulky documents, again expressed displeasure on Wednesday over the written notes submitted by Future Group.

“Purpose of our last direction was that you circulate the written note well in advance so that we can read them earlier. I got this from FRL at 10 pm… Today morning, we received it from another party,” the bench said.It then referred to the sequence and content of the written note by saying, “We cannot make out anything. There is no connectivity with the submissions… This isn’t a way to do it.” Senior advocate Harish Salve, appearing for the Future group, said, “May I suggest, I will dictate a note today myself and submit by today evening, and it may be taken up tomorrow”.

The bench then said that if there was no urgency then the matter will be listed for hearing on January 11. The parties agreed to it. The apex court was hearing a fresh petition of Future Group against the Delhi High Court’s recent order declining its plea for stay on an arbitration tribunal decision refusing to interfere with the SIAC’s EA which restrained it from going ahead with the Rs 24,731 crore merger deal with Reliance Retail.

The SIAC, in the EA, had granted relief to US e-commerce major Amazon by restraining the Future from going ahead with the Rs 24,731 crore merger deal of Future Retail Ltd (FRL) with Reliance Retail. Amazon had dragged Future Group to arbitration at SIAC in October last year, arguing that FRL had violated their contract by entering into the deal with rival Reliance.

On November 23, the bench was irked over “truckload” of bulky documents filed by parties in the case and had asked whether the purpose was just to drag on or “harass the judges” and sought a common small compilation of documents.It had asked the counsels for the parties to file a small volume of documents so that the matter can be disposed of, and fixed the case for hearing on December 8.

“I am sorry to say to all of you. What is the fun in filing 22-23 volumes of records. How many documents both sides have filed repeatedly and is it the purpose of just dragging on or otherwise to harass the judges,” the CJI had said.Prior to this, Justice Hima Kohli had offered to recuse herself from hearing the pleas, saying she and her family members have shares in Reliance Industries Ltd group firms, one of the interested parties to the litigation.

“We have no objection,” said a battery of lawyers appearing for the parties — Amazon, FRL and FCPL. On October 21 this year, a duly-constituted panel of arbitrators at the SIAC reiterated the EA’s decision. On October 29, the Delhi High Court declined Future Group’s plea for stay on the arbitration tribunal.

The high court sought response from Amazon which had challenged the merger before the SIAC, and listed the appeals by FCPL and FRL for further hearing on January 4, 2022. FRL and FCPL moved the top court recently against the order with fresh pleas.Kishore Biyani and 15 others including FRL and FCPL have been embroiled in a series of litigations with Amazon, an investor in FCPL, over the deal with Reliance. Following the EA, subsequently, a three-member arbitral tribunal was constituted to decide the issues arising from the deal.

On September 9, the apex court had stayed for four weeks all proceedings before the high court in relation to the implementation of the EA and also directed statutory authorities like National Company Law Tribunal (NCLT), Competition Commission of India (CCI) and Securities and Exchange Board of India (Sebi) not to pass any final order related to the merger deal in the meantime.Subsequently, the arbitration tribunal under the SIAC rejected on October 21 the FRL plea to lift the interim stay granted by its EA on October 25 last year, observing that “the Award was correctly granted”.

The FRL and FCPL had moved the top court against the high court order of August 17 which said that it would implement the earlier order by its single-judge restraining FRL from going ahead with the deal in pursuance of the EA’s award.The high court had said that in the absence of a stay, it would have to enforce the order passed by its single judge, Justice J R Midha, on March 18.

On March 18, besides restraining FRL from going ahead with its deal with Reliance Retail, the court had imposed costs of Rs 20 lakh on the Future Group and others associated with it and ordered attachment of their properties.On August 6, the Supreme Court gave the verdict in favour of Amazon and held that EA award, restraining the Rs 24,731 crore FRL-Reliance Retail merger deal, is valid and enforceable under Indian arbitration laws.

The apex court had also set aside the two orders of February 8 and March 22 of the division bench of the Delhi High Court order which had lifted the single-judge’s orders staying the FRL-RRL merger.A bench headed by Justice R F Nariman, since retired, had dealt with the larger question and held that an award of an EA of a foreign country is enforceable under the Indian Arbitration and Conciliation Act.