All clear from Australia for $7.5-bn project: Gautam Adani

The Australian government has given all environmental and regulatory clearances for… 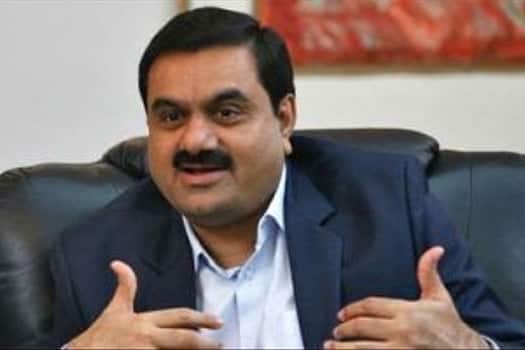 SBI had last month signed the pact with Adani Group on the sidelines of Prime Minister Narendra Modi's visit to Australia.

The Australian government has given all environmental and regulatory clearances for the $7.5 billion coal mining, rail and port project, said Gautam Adani, chairman, Adani Group, in an exclusive interview to The Indian Express. The Adani group has already invested over $ 3 billion in Australia.

“We have got all clearances. South Korean major Posco has agreed to pick up a minority stake in the rail project. It has been given the contract to build the $2.2 billion railway network from the pithead in Carmichael to the Abbot Point port,” Adani said. Two other companies had bid for the rail project contract.

Though the Adani group started work on the mining, rail and port project three years ago, it had been facing environmental hurdles. He is part of the business delegation that PM Narendra Modi took to Australia. His mining company, Adani Mining, is headquartered in Brisbane, Queensland.

“In the first phase, we will mine 40 million tonne of coal a year from 2018,” Adani said. The Abbott Point port already has a capacity to lift 50 million tonne. The port company will add another berth to increase capacity. The company will call for bids for expansion of the port soon, for which Posco has evinced interest.

Jeyakumar Janakaraj, CEO and country head, Adani Mining, said the project would have a debt-equity ratio of 60:40. “The initial capex is $7.5 billion. Initial funding has been tied up. The total financial closure will be achieved by end of next year,” he said.

The Carmichael mine in the Galilee Basin is the one of the largest thermal coal mines in the world, and the largest in Australia, with JORC certified resources of 11.05 billion tonne of coal, said Janakaraj. It  will be linked by a 388 km rail line to a new terminal at the Abbot Point port.

According to Janakaraj, the mining, rail and port projects will be executed by different companies. Adani Mining itself is fully owned by Adani Enterprises through Adani Global. About two-third of the coal output would be exported to India and the balance to Korea, Japan, Taiwan, etc.

“We are in an advanced stage of negotiation with consumers,” he said.

Adani was also likely to rope in another equity partner, Janakaraj said. “It will be a third party equity partner apart from Posco, but will again hold minority stake,” he added. Posco too would hold not more than 26%, the majority being held by the Adani Group.