We need around Rs 5,000 cr for the next three years but after this transaction, we aren’t going to raise any more money this year, said Vijay Shekhar Sharma, Co-founder Paytm 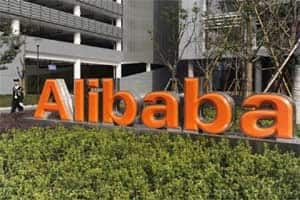 Chinese e-commerce giant Alibaba Group Holding could soon own as much as 40% of Paytm, Vijay Shekhar Sharma, promoter of the mobile wallet firm confirmed on Tuesday. Although Sharma didn’t disclose the price at which the additional 15% would be acquired, Reuters had reported in late June the deal could fetch Paytm close to $600 million or Rs 3,800 crore. That would value One97 — Paytm’s parent company — at roughly $4 billion.

“We need around Rs 5,000 crore for the next three years but after this transaction, we aren’t going to raise any more money this year,” Sharma said. He added that it was unlikely there would be any new investors in the firm since any need for funds would be met by existing investors including Saif Partners. Alibaba’s financial arm, Ant Financial, which runs Alipay, the online payment platform, already holds a 25% stake in Paytm.

Last month, Paytm forked out as much as R500 crore to acquire the title sponsorship rights for domestic and international cricket matches in India for four years. Sharma said spends on marketing and other areas could result in the payments platform posting a loss this year.

The business had been profitable till FY15, he said, but now needed to be scaled up. “Building scale is the company’s top priority at the moment,” the 35-year-old founder said, adding the marketing budget for the next three years alone might top 70% of sales. Other than high marketing costs, heavy investments in technology and employees will eat into profitability until 2018, when Sharma thinks the business can break even again. At least half the fresh funds of R5,000 crore is to be used to acquire new customers via various marketing channels.

Paytm claims its user base has increased to 100 million wallet users who carry out over 75 million transactions a month. Sharma said the firm made Rs 600 crore on a current gross value merchandise of Rs 10,000 crore. The online payment platform earns 25-30% of its revenues from a 2.5% fee on the total transaction value. The business model has been rejigged to accommodate an e-retailing platform much like the marketplace model followed by Flipkart and Snapdeal. Around 70% of Paytm’s revenues now come from these transactions at a 5% commission.

Meanwhile, the e-commerce player will launch a virtual rupay card allowing transactions on any online portal, earning it a fee of 1.2-1.6%. Besides, there are plans to launch services that will allow customers to have basic savings deposits, make payments and use remittance services.

For this, it has already applied to the Reserve Bank of India for the necessary clearances.