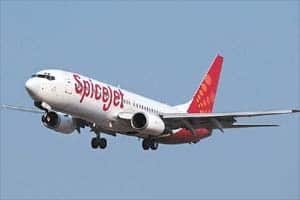 The bookings under the offer ‘#FebHurry’ starts today, the airline said in a release, while offering travel period of up to February 28.

Domestic carriers have announced a series of discounted ticket schemes in the past few weeks to attract customers in the March quarter of the fiscal which is traditionally considered a low travel demand period.

From SpiceJet itself, which faced aviation regulator’s rebuke last year for a deluge of such discount offers including the one wherein it reduced the fares to just Rs 1, this is the third sale scheme in this week.

“Booking tickets at the last minute is almost always an expensive affair. So here is an offer that makes immediate travel affordable and allows you to make that last minute dash,” said SpiceJet Chief Commercial Officer Kaneswaran Avili.