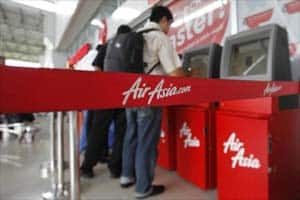 AirAsia today asserted that effective control of its joint venture AirAsia India is with Indian parties and said “vested interests” were trying to prevent the local no-frills airline from offering competitive service and fares.

Also Read
From February 1, DTH and cable TV rates set to rise by 30%
What is Hindenburg Research? Why is this US investor firm shorting Adani Group stocks?
IDBI Bank: The journey from PCA to highest-ever quarterly net profit
Adani Enterprises: 8 of top group firms audited by one of Big 6

According to AirAsia, a provision in the brand license AirAsia India and AirAsia Bhd explicitly states that substantial ownership and effective control of the licensee remains at all times with Indian residents.

“We are shocked and surprised by the unprecedented opposition we continue to face in the Indian market from vested interests that are determined to find any reason or argument to block us in our endeavour to offer Indian consumer the most competitive service and fares,” AirAsia said in a statement today.

It reiterated that AirAsia India’s majority ownership and effective control are with Indian parties as per regulations.

“All the important decisions concerning the day-to-day operations of the airline are taken by the management team of the airline under the overall supervision, control, and direction of the board of directors (which include a majority of Indian nationals),” the statement said.

Meanwhile, Fernandes said the “constant attack on AirAsia, especially by certain members of media has saddened me but we will prevail. It is time for India to end patronage and put people first”.

Last month, Tata Sons said it would hike its stake in AirAsia India to 49 per cent by buying additional shares from Arun Bhatia’s Telestra which would be exiting the airline.

While Tata Sons would buy 7.94 per cent shareholding, the remaining stake would be purchased by the carrier’s two directors – S Ramadorai and R Venkataramanan – in their individual capacities.

Post deal, Tata group and Malaysia’s AirAsia Bhd would have 49 per cent stake each in the no-frills airline.

Meanwhile, Fernandes today also said Modi government has promised fairness and transparency and having met the Prime Minister, “I am even more excited about our future in India”.

“My father was a proud Indian and of all the things that I have done, nothing would have made him prouder than what we are trying to achieve in India. AirAsia is about creating jobs and enabling people to do things they never ever thought possible. We made Asia smaller. That’s all we want to do in India,” he noted.