AirAsia India, which started operations in June 2014, is awaiting the government’s permission to operate on international routes. 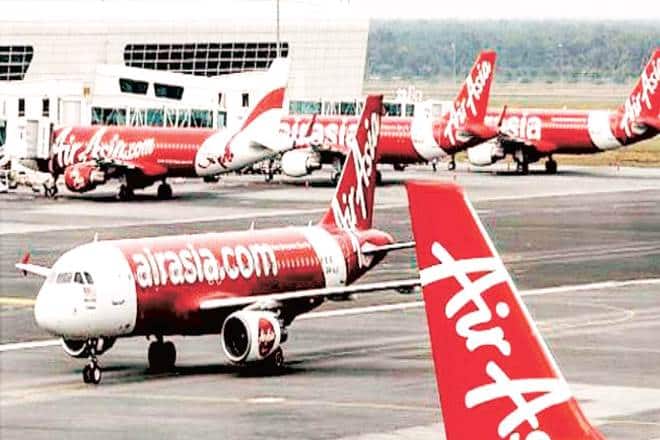 AirAsia is the fifth-largest domestic carrier after IndiGo, SpiceJet, Air India and GoAir with a 6.5% market share in October 2019.

Tata Sons and AirAsia Berhad – promoters of low-cost carrier AirAsia India – have infused Rs 466 crore into the carrier to fund its aggressive expansion plans. While Tata Sons put in Rs 237.8 crore into the budget carrier, AirAsia Investment has injected Rs 228.4 crore, according to a filing with the Ministry of Corporate Affairs.

The promoters had invested Rs 500 crore during the last round of funding in April 2019. AirAsia India, which started operations in June 2014, is awaiting the government’s permission to operate on international routes. Tatas, which also run full-service carrier Vistara in partnership with Singapore Airlines, control 51% in AirAsia India while 49% is held by Malaysia-based AirAsia Berhad.

AirAsia carried 5.3 million passengers from April-October, up 30% year-on-year from the same period last year. Its domestic market share was 5.9% in March 2019. Since then, the airline strengthened its existing network and added new routes like Mumbai-Goa and Mumbai-Chennai. Its domestic capacity has jumped around 30% y-o-y so far in FY20.

The airline’s weekly departures increased by 326 to 1,345 flights in the ongoing winter schedule as compared to the year-ago period. The Bengaluru-based carrier has plans to increase its fleet size to 100 in the next five years, from 27 aircraft of the Airbus 320 family at present.

According to analysts, airlines require cash as airfares have witnessed significant y-o-y decline since October 2019, impacting yields. “The airlines’ are looking to improve cash flows by raising money and flash ticket sales. Airlines are pricing tickets very competitively to fill new capacities,” an analyst pointed out.