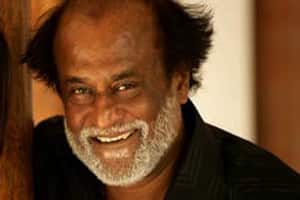 Take a closer look at the design, a still of Rajinikanth from "Kabali", and one will find that it has more than what meets the eye. ( Source: Reuters)

AirAsia India has just jumped on Rajinikanth’s Kabali movie bandwagon to give its brand another boost. As a mark of respect to the immense contribution Rajinikanth has made to Indian cinema, AirAsia India ordered a special livery and unveiled it too in the form of an all new rebranded aircraft, with the look dedicated to the most awaited movie of the year – Kabali.

Bearing the image of Superstar Rajinikanth from the Kabali movie, parts of the aircraft have been painted with the livery. The aircraft will be flying across the AirAsia India network of destinations spanning Bengaluru, New Delhi, Goa, Pune, Chandigarh, Jaipur, Guwahati, Imphal, Vizag and Kochi.

The excitement doesn’t end here! As an official airline partner for the Rajinakanth starrer Kabali, the superstar’s fans from across India can get to Bengaluru and fly to Chennai to watch the movie! i5 has planned a special flight from BLR – MAA to watch the first show of Kabalion the day of the movie release. Fans who would like to get on the special flight can call +91 80 41158492/8493 for details & bookings.

Extending the Kabali fever, AirAsia India has launched a social media contest for fans to post their Kabali style video on the official Facebook facebook.com/AirAsiaIndiaand Twitterhttps://twitter.com/airasiain page of AirAsia India. The top 10 winners will get to watch the first show of Kabali on the day ofrelease. 3 other winners will stand a chance to fly to the locations where the movie was shot in Kuala Lumpuror Bangkok.

Talking about the excitement surrounding Kabali, Amar Abrol, CEO, AirAsia India said,“The Kabali fever is getting hotter by the day with fans across the world riding in the Rajini wave! We are delighted to partner with one of the most awaited movies of the year and we are overwhelmed by the kind reception we’ve received from our guests & fanson the association.This special plane, powered by Thalaivar quite literally, is dedicated to Rajini fans across the globe! This is AirAsia’s way of paying a tribute to the one and only Superstar in the country. We would like to thank the production house &Rajinikanth himself for the support they have extended to AirAsia in planning these special promotions.”

Speaking of the various promotions rolled out by AirAsia, Kalaipuli S Thanu, Proprietor, V Creations said,“It is the first time in the history of Indian cinema that an airline has dedicated an aircraft to a movie. Only a superstar like Rajinikanth demands such popularity and fame breaking barriers of age & geography. We are thrilled beyond words to see such excitement surrounding Kabali from the fans and brands that have associated with us. We look forward to seeing the reactions of our fans once the movie releases!”