For IndiGo, the main attraction is Air India’s leadership in overseas passenger traffic with 17% of the international skies in its portfolio. 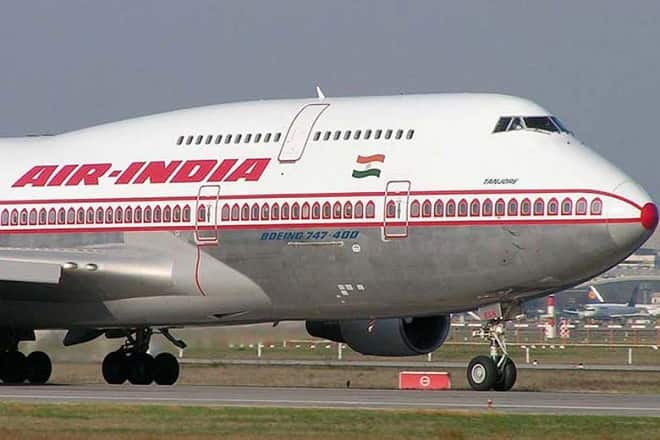 IndiGo, India’s biggest airline by market share, has formally expressed an interest in buying the troubled national carrier Air India which is about to be put on sale by the government, probably beating the Tata Group to making a formal approach with the authorities. But here’s the catch. IndiGo wants to preferably buy only the international operations of Air India and its low-cost airline Air India Express. Given IndiGo’s leadership in the domestic market with a hard-to-beat 41% share and its aggressive plans to expand overseas, it makes sense.

Air India is a distant third largest player in the Indian civil aviation market with a small 14% share. While that revenue would be a welcome addition to IndiGo’s kitty, it is Air India’s leadership in overseas passenger traffic with 17% of the international skies in its portfolio which is the main attraction for IndiGo, which itself has major ambition to quickly start adding international destinations to its network.

The airline, operated by Interglobe Aviation, has made no secret about its plans to fly to more and more cities overseas, but so far is in nascent stages and is a small player with a paltry 3% market share. It flies to seven destinations overseas in six countries, all in Asia — three in the Middle East, two in southeast Asia, and one in south central Asia. Further, its expansion overseas is contingent upon the staggered delivery of the aircraft over the next 10 years.

On the other hand, Air India, as mentioned above, is the market leader with 17% share, and flies to 41 destinations (including four on which the service is yet to begin) in 28 countries across four continents. Air India’s international presence, its huge fleet of 118 aircraft, including 43 wide-body planes — ideal for high capacity long-haul flights, and the accompanying fleet of experienced pilots and trained staff, is sure to airdrop any buyer into a prime slot in the overseas air travel business with lot of scope for expansion.

With the number of years of operations behind it, the size of the fleet of aircraft, and with its market position both at home and abroad, Air India floats comfortably above many regulatory requirements for expansion. Air India’s permits for flying routes within India and overseas, its parking slots at major airports around the world such as New York and London, its primetime departure slots at big airports, and some prime real estate across the country could offer a mouth-watering proposition to an ambitious buyer.

That leaves one contentious issue, or rather, an operational detail. IndiGo prides itself on maintaining a single aircraft type fleet ever since its inception, which it claims has helped it keep the costs under control. Air India’s mix of eight types of aircraft may be an important exception to its strategy. Although, looking at recent developments, IndiGo might be willing to take on that challenge in lieu of a giant leap in its growth.

Earlier last year, IndiGo modified its outstanding order to replace 20 aircraft from existing A320Neo to the larger A321Neo. Further, unconfirmed news reports have suggested that the airline may opt for larger single aisle aircraft going further for long haul flights. Not to forget, IndiGo very recently, in May, placed a surprise order for 50 ATR-72s for a proposed regional aviation venture. Air India’s existing eight ATRs sit well within that goal.

With this, it might be safe to say that IndiGo may have already ditched its single type aircraft fleet strategy to adapt to the realities of changing market requirements. Air India’s mix of aircraft for different flight requirements may even come in handy for IndiGo. What it must worry about, though, is the huge debt pile of Air India, which is the reason for the sale in the first place.

Air India, under intense competition from leaner, more efficient and often-cheaper private airlines, is reeling under a debt of over Rs 52,000 crore, with about Rs 28,000 crore in working capital debt, and about Rs 4,000 crore in interest burden alone. It has not turned profit in 10 years, since at least the year 2007. Air India has guzzled up taxpayer money over and over again but to no effect. The carrier has received bailout packages worth about Rs 24,000 crore out of a total Rs 30,000 crore approved, but has failed to revive its fortunes amid private airlines continuously gaining market share.

Although, the government has repeatedly indicated that it would be willing to take a haircut on the outstanding debt to make the deal lucrative for a potential buyer. With what’s on offer and with IndiGo’s prompt action in throwing its ring into the hat — it reportedly sent a letter to the civil aviation ministry within hours of the Cabinet approval for Air India’s disinvestment yesterday —  it seems that IndiGo is not willing to let go of a decent opportunity without a fight. If the Tata Group is indeed interested in buying back the iconic airline which it originally founded in 1932, it might find that it has some serious competition.