The loss-making Air India at present is under government control but is soon to be handed over to its new owner Tata Group. 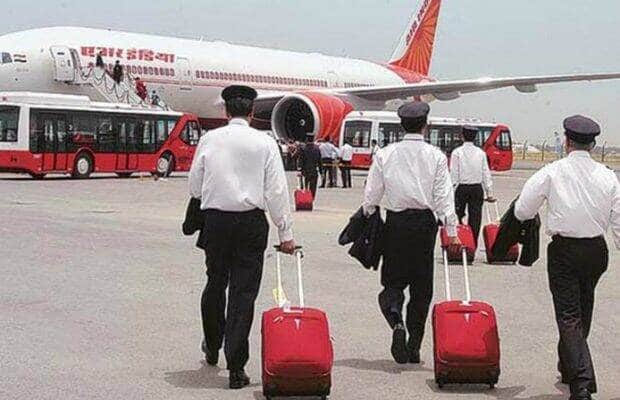 Air India pilot unions — IPG and ICPA — on Monday warned the airline management to roll back the “illegal” salary cut within three days or face industrial action. The two pilot unions — Indian Pilots Guild and Indian Commercial Pilots Association — have been demanding restoration of full pay, which was slashed by “55 per cent” last April, owing to the pandemic. ICPA and IPG together claim to represent some 1,000 pilots at Air India.

The loss-making Air India at present is under government control but is soon to be handed over to its new owner Tata Group.

“With the resumption of scheduled commercial International passenger services to/from India from December 15th, 2021, and all airlines rolling back the COVID cut, if we do not see the issues related to an illegal pay cut of 55 per cent and the plethora of longstanding disinvestment issues addressed within three days, we will have no choice but to seek justice through ‘Industrial Action’,” the two unions said in a final reminder to Air India management on Monday.

The two pilot bodies have taken up the issue with both the civil aviation ministry and Air India management several times in the past.

The unions also said, “it would still be prudent to resolve the burning issues before it is too late”. The industrial action could also include an “indefinite strike,” a senior ICPA functionary said.