Alliance Air, which is the low cost regional subsidiary of Air India, will launch three new routes under the government’s regional connectivity scheme by the end of September and will induct eight ATR – 72 aircraft by the end of FY18 to further consolidate and expand its operations. 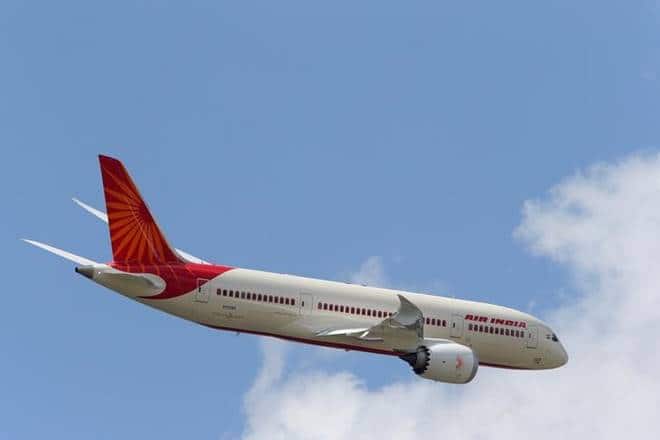 Alliance Air, which is the low cost regional subsidiary of Air India, will launch three new routes under the government's regional connectivity scheme by the end of September and will induct eight ATR – 72 aircraft by the end of FY18 to further consolidate and expand its operations.(Image: Reuters)

Alliance Air, which is the low cost regional subsidiary of Air India, will launch three new routes under the government’s regional connectivity scheme by the end of September and will induct eight ATR – 72 aircraft by the end of FY18 to further consolidate and expand its operations. According to two senior officials, the airline may report operating profit for the first time in the current fiscal if aircraft acquisitions remain on track and operations are conducted efficiently. Alliance Air started the UDAN scheme with the first flight on the Delhi-Shimla route and subsequently the airline also started flights on the Delhi-Gwalior and Indore-Gwalior routes. By the end of September it will launch flights on the Ludhiana, Pathankot and Bikaner route depending on the some technical approvals.

“As of now our experience of flying under the RCS route has been satisfactory though we can’t tell you how profitable it is since it has been just few months since we started our operations. Our Delhi-Shimla flight has an occupancy level of 98-99% and other flights also have descent occupancy levels depending upon the period,” said one of the officials. Though the viability gap funding will prevent losses on the RCS flights but due to the fare cap yields will be under pressure. According to the officials mentioned above, some of the routes may never become profitable due to the location and the lack of connection from the metro airports like Delhi, Mumbai, Hyderabad and Bangalore due to the lack of slots.

“There has been a compromise on yields since half the seats under the scheme is capped. So I cannot sell the remaining ones at exorbitantly high fares. There are no slots from the metro airports since passengers mostly want to fly from small town to the metro cities. As a result of the subsidy, airlines are not losing any money,” said one of the above mentioned officials.
Alliance Air is about to start its operation from Chennai to Trichy and Coimbatore routes in the next few days and official expects it to evolve as commercially viable routes.

The airline is expected to report losses for the FY 16-17 period and several decisions have been taken to streamline the losses like returning the four old Bombardier CRJ aircraft and cutting down several loss making routes like Delhi-Rajkot, Bhopal-Raipur and others. Similarly, frequency on routes like Delhi to Dehradun and Dharamshala have been increased since these routes have been commercially viable. “We never had a full time CEO before and this airline was not being run professionally like other airlines. In FY16-17 we looked at the cost and tried to become more efficient. Besides inducting new aircraft we are hiring pilots, engineers and cabin crews. Though we may continue to make loses in FY16-17 but in the current one we are hoping to make an operating profit,” said the second officials seeking anonymity.

Follow us on
Latest News
Quona Cap closes new fund at $332 million
Prolonged Exposure to Air Pollution can have severe effects on the Human Skin
Toppersnotes aims to gain foothold in tier 2 and 3 markets, eyes net revenue of Rs 20 crore
Want to “Know Your Customer” better? KYC-oriented blockchain can be the next big thing…
Birla Corporation’s MD resigns, company posts net loss of Rs 56.46 cr in Q2
Rural woes continue for FMCG companies
NSE to trim portfolio of companies
Photos
Lunar Eclipse 2022: Did you get a glimpse of Chandra Grahan? This is how the Moon appeared in different parts of the world
10 hours agoNovember 8, 2022
Happy Guru Nanak Jayanti! A festive look into the celebrations from across the nation
16 hours agoNovember 8, 2022
Dazzling & Astounding! Proposed design of the to-be redeveloped Dakaniya Talav Railway Station in Rajasthan-PHOTOS
4 days agoNovember 5, 2022
Read More
×
KKR to invest $400 million in Vedanta arm
Deposit rates may rise by 50-75 bps on loan demand
Vodafone goes downhill in 7 circles
Employees’ strike may hit services on November 19: Bank of Baroda
Rivaara Labs raises its first round of equity capital from Amicus, Kotak
PSBs’ operating profits get fee income boost in Q2FY23