After deal with China’s Didi, Uber set to target Ola in India

After China fall, Uber may now look to free up all possible resources for a harder fight with Ola in India. 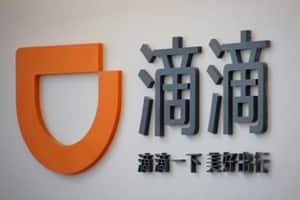 China ride-hailing service Didi Chuxing's dominance of Uber Technologies Inc in the China market may provide a play book for other regional rivals to fend off the biggest U.S. ride-hailing company, especially in other Asian countries. (Reuters Photo)

Uber’s decision to sell itself to Didi Chuxing in China may give rise to some tough times for Ola in India. According to analysts, Uber now cannot afford to lose out in India and will look to free up all possible resources for a harder fight with Ola, India’s home- grown taxi aggregator.

Ola, despite having a market share of 50% as compared to Uber’s 26% in India, has an estimated cash burn of $40 million per month.

Talking to FE, Anil Kumar, CEO of consulting firm RedSeer said, “The battle for taxi market in India will become lot more severe and will only make it tougher for Ola in the coming days.” He reasoned out that with Uber having given up on China, it will be forced to now concentrate on markets like India where there’s still much to be gained.

According to a recent RedSeer report, the Chinese app based cab market was 6-8x bigger than India.
An investor in Ola on conditions of anonymity told FE that Ola being acquired by Uber is also not a very distant possibility in future as the global market has started to consolidate. Further, Uber is also preparing the road for a public listing and would like to ward off competition either through merger or acquisition, he added.

Ola, which is backed by global investors like Helion Ventures, Tiger Global, Sequoia Capital, Accel and Matrix Partners among others, has raised close to $1.2 billion since its inception in 2011. It is now looking to raise further funds. Ola did not respond to an e-mail sent by FE, asking the firm about the impact of Uber’s decision (to sell China ops) in India.
In a move to counter Uber globally, four of the ride-sharing services – Lyft, Ola, Didi Kuaidi, and GrabTaxi, had entered into a partnership last December. Now with Didi Chuxing investing in Uber globally, it remains to be seen what will happen to this network.

The India cab aggregation market enjoys about 1.2 million rides per day with presence in over 102 cities. Ola which has about 3.5 lakh cabs and 1 lakh autos on its platform is looking to double the number of cabs on its platform by end of this fiscal. Uber’s service is available only in 27 Indian cities — though more than any other country outside the United States and China.

Uber Technologies which had raised $3.5 billion from Saudi Arabia’s Public Investment Fund during the first week of June has already stated that it is likely to invest a substantial portion of this fund in Indian operations. Uber enjoys an average of 5.5 million rides a day globally.

In February, Ola introduced Ola Micro, a cheaper version in the hatchback category at R6 per kilometre with R40 as base fare. Ever since Ola gained significant market share. Uber has also rolled out various weekly discount offers for customers and got its budget offering called Uber Go.

The competition between Ola and Uber also took an ugly turn recently with both of them making accusations in the courts. Uber had sued Ola citing that the latter was damaging its revenue interests through false bookings. Similarly, Ola had filed a case stating that Uber was flouting the rules of the land.