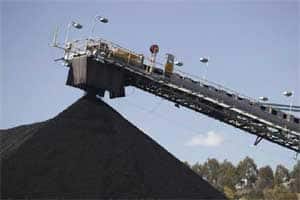 Indian mining giant Adani’s 16 billion dollar mining project in Australia’s Queensland state has been hit by another controversy over the ultimate ownership of the Abbot Point Port lease which reportedly could be controlled by a complex network of companies.

The Sydney Morning Herald today said that a Fairfax Media report “has found a complex web of companies tied to Adani’s Australian coal developments, extending from the low-tax regime of Singapore to the tax haven of the Cayman Islands.

“Company documents also suggest uncertainty about the ultimate ownership of the Abbot Point development, which has attracted global scrutiny and fierce criticism from the environmental movement because of its closeness to the Great Barrier Reef,” it said.

Fairfax Media is not suggesting there is anything illegal about Adani’s complex corporate structure. But its use of offshore, low-tax jurisdictions in relation to its Australian operations, and the apparent uncertainty about ownership of the Abbot Point Port lease, raise questions about the ability of the public to scrutinise a project of such huge economic and environmental significance.

The report said “it appears that Gautam Adani does not ultimately control many of the companies associated with his company’s Australian coal developments. Instead his eldest brother Vinod Shantilal Adani holds pivotal positions.”

The report said Vinod has been named in an Indian criminal investigation into the alleged siphoning of 1 billion dillar from Indian shareholders in three Adani companies into offshore accounts.

“Whatever the truth of the untested allegations, a trail of documents appears to tie Vinod Shantilal Adani to the ownership of the Abbot Point lease. One of the difficulties in following Adani’s corporate trail is conflicting paperwork,” the report said.

“Company documents, including annual reports filed in India, say Adani Enterprises – the Bombay Stock Exchange-listed parent company for a network of related Adani entities – had divested, or sold, its interest in Abbot Point Port in 2013 for 235 million dollars to a private company in Singapore called Abbot Point Port Holdings,” it said.

“A company record lodged in Singapore names Abbot Point Port Holdings’ sole director as Vinod Shantilal Adani, the report said adding that records at Australian Securities and Investments Commission, and annual reports for Adani’s registered Australian companies, were in the name a publicly listed Indian company, Adani Ports and Special Economic Zone, as the ultimate shareholder for the port,” the report said.

It said the company that interacted with Queensland and federal governments has been another subsidiary of Adani Enterprises, Adani Mining Pty Ltd.

Adani spokesperson insisted there was nothing untoward about this arrangement.

“Ownership structures of the companies reflect the required level of ring-fencing and financial governance architecture required for a mine, rail and port project, and T1 (Abbot Point) port operations.

“The above is also layered to meet the various regulatory and funding regimes that apply to these assets,” Adani’s spokesman said.

Any suggestion of irregularities or non-compliance was “fanciful”, he said adding it was unnecessary to respond to allegations about Vinod Shantilal Adani.

“The claims about ownership structures that are based on this premise, having been shown to be incorrect, don’t follow,” he said.

“This is unfortunate. Having emphatically rejected the premise of these falsehoods, it is self-evidently unnecessary to rebut supplementary falsehoods.”

The latest report has come after Adani Mining stated that the Queensland poll results would have no influence on its Carmichael Coal Mining project.

Environmentalists are opposed to the project as they think it would damage areas such as the Great Barrier Reef off Queensland’s coast.

While the previous state government led by Premier Campbell Newman assured an undisclosed amount of taxpayer funds to help Adani build the rail line, on the condition it would share the railway with other mining companies that plan to develop in the basin, the victorious Labor party in its election policies had vowed that it would scrap taxpayer subsidies for any Galilee coal-related project, including Adani’s.

Next Story
Government to infuse Rs 6,990 crore in 9 PSBs; SBI leads the pack