25 furious passengers open plane door ahead of take off in China, arrested 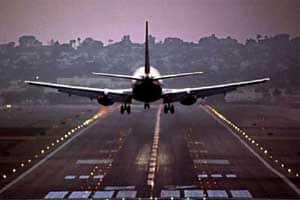 Twenty-five angry passengers on board a plane in southwest China were detained after they opened emergency exit doors before take-off and fought with the crew as their flight was delayed for hours by snow, state media reported today.

The China Eastern Airlines flight, MU2036 from Kunming of southwest China’s Yunnan Province to Beijing, was scheduled to take off at 8:45 pm (local time) Friday. But it was delayed by continuing snow until the early morning of yesterday, Xinhua news agency reported.

Passengers finished boarding the aircraft at 1:40 am and then waited for ice on the plane to be cleared. An elderly woman felt uncomfortable after hours of waiting. Concerning her physical condition, many other passengers demanded explanation by the captain.

According to a passenger, the vice captain explained to the travellers, but failed to pacify them.

“He was quite emotional, swore and cursed to us,” said a passenger on microblog.

“Some passenger called police, but the pilot insisted on taking off. So passengers opened three emergency doors in an attempt to stop the flight,” he said.

“The pilot (vice captain in fact) has lost control and we couldn’t risk to let him start,” he added.

The flight which had been taxiing then returned to the boarding gate.

A spokesperson with China Eastern Airlines Yunnan company denied that any crew member used “improper language” during the entire process.

The 25 passengers involved in the incident were taken to the airport police for investigation, while the rest have been carried to Beijing by another flight.

The event drew wide attention from web users in China.

“It is very dangerous to fiddle with emergency doors,” said Li Chengwei, a lawyer with the Yingke law firm in Kunming.

“Passengers could protect their own rights, but the right shouldn’t be abused at the expense of others’ safety,” Li said.

Bad weather in Kunming has affected air traffic on Friday.

A total of 83 flights were delayed and another 23 were cancelled.