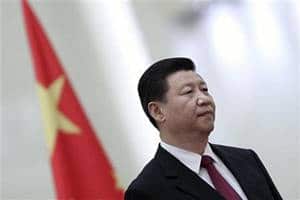 Xi said China would "continue to do its best" to provide capital, technological and human resources support and carry out "more cooperation" on big projects with Bangladesh to support its economic and social development. (Reuters Image)

“Troop 77656 is now titled as a “model plateau battalion” for its outstanding performance in safeguarding borders, ensuring stability and helping disaster relief,” the report quoted a statement as saying.

While the news report has not identified the battalion, Indian defence officials and strategic think-tanks have said it is Gangba 2nd Independent Battalion.

It is based in Shigatse City, Gangba County in Tibet close to Arunachal Pradesh and is one of the six battalions functioning under the Tibet Military Area Command, official sources here told PTI.

While China says that the boundary dispute is confined to 2,000 kms, mainly in Arunachal Pradesh in eastern sector which it claims as part of southern Tibet, India asserts that the dispute covered the whole of the LAC including the Aksai Chin occupied by China during the 1962 war.

Both sides formed a number of mechanisms both at the levels of field commanders and at the level of headquarters to defuse tensions arising out of the aggressive patrolling of the disputed border.

India and China have held 19 rounds of Special Representatives talks to resolve the border dispute.

Xi also honoured Submarine 372 whose crew saved it from a major disaster while on a patrol mission in 2014.

According to Chinese official media reports, Submarine 372 was caught in an underwater trench thousands of metres deep and started plunging down.

The vessel had encountered a sudden change in water conditions, leading it to sink uncontrollably fast, according to a December, 2014 report by state-run China Daily.

The crew quickly seized the little time they had by opening all the emergency air flasks within 10 seconds to fill the tanks and managed to close more than 100 valves and related equipment in less than a minute.

In two minutes, all the cabins were sealed.

The team’s swift, coordinated reaction saved everyone, the report said.

The whole armed forces were urged to learn from both examples, according to the Xinhua report.

In a separate statement, Xi signed orders to award merit citations to four military units and 15 persons for outstanding services.

Chen Deming, a researcher from unit 63620, was awarded a first-class merit citation.

“The Ballistic missile defence system is a critical link in our strategic defence, and is also an important chip in the contest between big powers. It makes a world of difference whether you have it or not,” Chen said.

Footage of the original test has been released on the heels of the US and South Korea agreeing to deploy the Terminal High Altitude Area Defence (THAAD) anti-missile system before the end of next year.

While the US insists the system is to defend South Korea from possible attacks from North Korea, Chinese officials have condemned its planned deployment, saying it threatens China’s security.

Two others were given posthumous first-class merit citations by Xi.