In another two years, Narendra Modi may well enter the Guinness Book of Records for failing to hold a press conference. 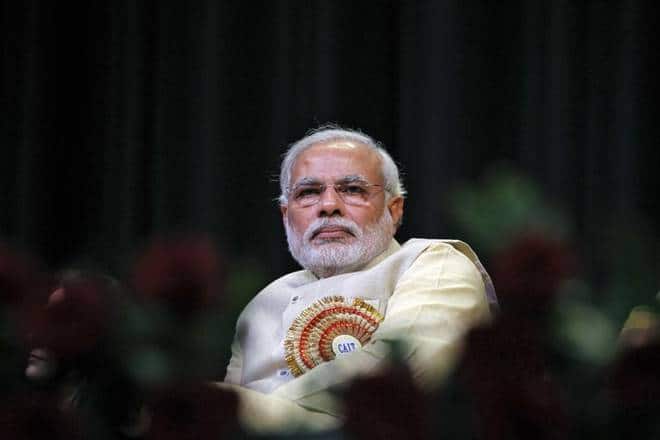 In another two years, Narendra Modi may well enter the Guinness Book of Records for failing to hold a press conference. In that event, he will be the first Prime Minister of a democratic country who has avoided meeting the media at a large televised gathering. It is not that he hasn’t met newsmen at all. But these meetings have been with a select few who are known to be partial towards the Bharatiya Janata Party (BJP) — the “North Korean TV”, as Arun Shourie, a former BJP minister, has said. Even then, the interactions weren’t live. Apart from these occasional, choreographed, generally one-sided pow wows, what Modi favours is a monologue — whether at public rallies or at indoor functions with an invited audience where no questions are allowed, or over the radio.

Why this reticence from an otherwise voluble Prime Minister when his far more reserved predecessor held at least two major press conferences in addition to having prolonged engagements with the journalists travelling with him on his foreign trips?

As is known, Modi’s aversion towards the fourth estate stems from the aftermath of the Gujarat riots when he apparently felt that he could not afford to be interrogated closely on what transpired. Once he even walked out of a one-to-one chat show when asked about the riots. One of his first steps after becoming the Prime Minister was to dispense with the convention of journalists accompanying the PM when he went abroad. Only the official media were given the privilege.

There is also a belief in the saffron camp that the so-called mainstream media, especially the English ones, harbour the Left-Liberals who look upon the BJP with a jaundiced eye and have had a special antipathy towards Modi since the riots. Hence, the Prime Minister’s reluctance to reach out to them although the BJP does allow its spokespersons to present the party’s case before the television cameras, an unavoidable aspect of democratic functioning.

One explanation for Modi’s unwillingness to take part in an exercise which is routine in a democracy is that his answers to probing questions can reveal a worldview which is alien to the narrative which has guided the country’s politics till now. Nothing exposed this difference between the BJP’s perceptions and the rest of the country’s more starkly than Atal Behari Vajpayee’s 1996 decision to put on hold the three key issues on the Hindutva agenda — the Ram temple, Article 370 of the Constitution and uniform civil code — in order to woo the “secular” parties to his side.

Since Vajpayee’s time, more issues marking out the BJP’s distinctive position from that of the other parties have come to the fore. These are myth vs history, faith vs the inviolability of protected monuments, vegetarianism vs non-vegetarianism, astrology vs astronomy, Hindi vs English, and so on. The gulf between the two worldviews makes Modi something of an outsider in Lutyens Delhi. It also probably makes him wary of baring his soul to a large media gathering lest his answers create problems for the saffron brotherhood by sowing confusion among the BJP’s core supporters.

It may not be besides the point to note that another outsider — this time from the Washington beltway — Donald Trump is also highly critical of the mainstream media although he does not shy away from press conferences. If Modi does so, it is because he is still hovering between the two diametrically opposite worlds. While his government has vowed to crack down on gau rakshaks (cow vigilantes) and other militants, the latter have persisted with their acts of depredations because they apparently believe that these are in line with the saffron brotherhood’s outlook.

For the BJP, the moderate vs extremist dichotomy in its own ranks has been complicated by the fact that India’s diversity allows one or the other view to prevail in different parts of the country. Thus, while the death sentence is prescribed by the party’s Chhattisgarh Chief Minister for those who kill cows and the Gujarat Chief Minister vows to persuade everyone in his state to turn vegetarian, beef “festivals” are held in Kerala and Tamil Nadu and the BJP’s office-bearers in the north-eastern states stridently emphasise their preference for the forbidden meat.

It is obvious that the absence of a clear line makes it virtually impossible for the party to articulate a credible position on various issues. Since there are no differences either inside or outside the BJP on the Prime Minister’s developmental thrust — although the protectionist lobby in the saffron camp is opposed to the introduction of genetically modified foods — Modi will be at ease in accepting questions at a press conference on his Make in India, Digital India and other similar projects and even on demonetisation although it is now seen to have led to a slowing down of growth.

But it is the activities of what is known as the “fringe” which can be problematic. Moreover, these groups are unlikely to fade away because of the inspiration which they derive from the saffron brotherhood’s interpretation of history as a period of constant conflict between the native Hindus and the invading Muslims with their iconoclastic approach to faith and diet. It is the BJP’s present tightrope walk between moderation and extremism which makes Modi avoid large press meets.