Who is Zakir Naik and why has his presence at FIFA World Cup in Qatar sparked a controversy?

Zakir Nair is the founder and president of the Islamic Research Foundation (IRF) which is banned in India. 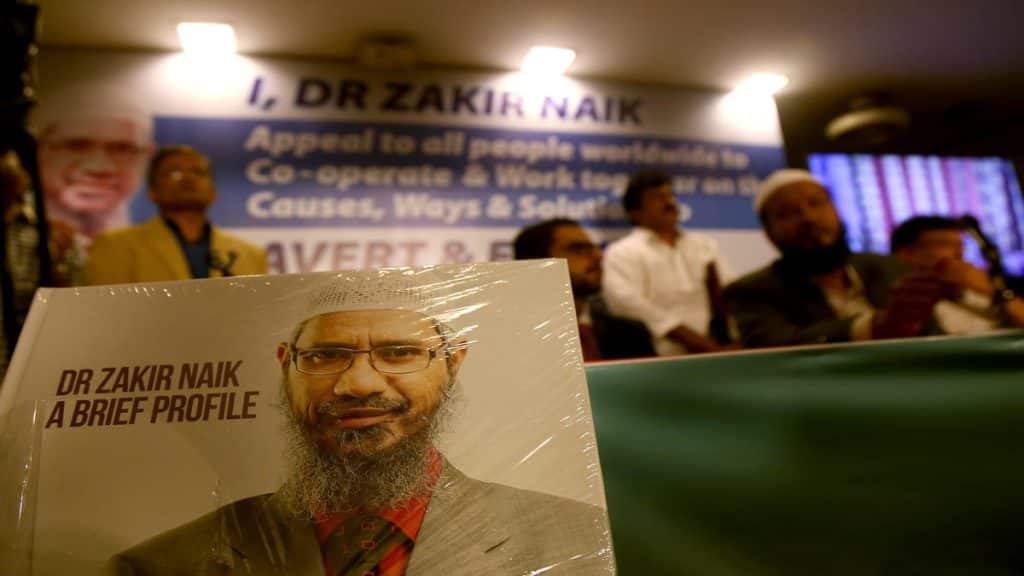 During the skype interraction with Zakir Naik. Zakir Naik accused of hate speech clarifies his statements with the Indian Media via videoconferencing arranged at a venue in Mazagaon, Mumbai. Express photo/File.

Controversial self-proclaimed Islamic evangelist Zakir Naik, who is currently in exile in Malaysia since 2017, and is known for his inflammatory speeches, has been invited by Qatar to give lectures throughout the FIFA World Cup tournament, which began on Sunday. Naik, who is banned in India, is known for his radical sermons, and is accused of forcible conversions, justifying suicide bombings and posting objectionable comments against Hindu deities.

A notification from the Ministry of Home Affairs had earlier stated, “Nail has also been further inspiring the Muslim youth and terrorists in India and abroad to commit terrorist acts.”

Here’s all you need to know about the controversial Islamic preacher.

-Zakir Naik is a doctor by profession and was based in Mumbai.

-Naik turned into an Islamic preacher after being influenced by Ahmed Deedat, a Surat-born preacher who later settled in South Africa Deedat has known terror links and had met terrorist Osama bin Laden.

-He is the founder and president of the Islamic Research Foundation (IRF) which is banned in India. In March, The Tribunal under the stringent anti-terror law Unlawful Activities (Prevention) Act upheld the MHA’s order from 2021 that had extended the ban on IRF for five years, and called IRF an “unlawful association”.

-Naik is accused of influencing through his speeches perpetrators of the 2016 Dhaka bombing at the Holey Artisan Bakery that killed 20, and the Easter bombings in Sri Lanka that killed over 250 in 2019.

-He fled to Malaysia in 2016, just before the National Investigation Agency (NIA) started a probe against the religious preacher. However, in Malaysia, he is banned from giving public speeches anywhere in Malaysia, in the “interest of national security”, police said.

-Naik is wanted in India as he faces money-laundering charges, and is also linked to alleged terror-related activities.

-In May 2020, the Indian government sent a formal request to Malaysia for his extradition. However, former Malaysian Prime Minister Mahathir Bin Mohamad had said in 2019 that his country has the right not to extradite Naik, for similar reasons that Australia had turned down his country’s request to extradite Sirul Azhar Umar in 2015. He had also said that Naik believes that he would not be accorded justice in India. Muslims make up about 60 per cent of its 32 million people in Malaysia.