Who is Teesta Setalvad and what are the fresh allegations leading to her arrest?

The action came a day after the Supreme Court dismissed a plea challenging SIT’s clean chit to the then Gujarat Chief Minister Narendra Modi and others in cases related to the 2002 riots. 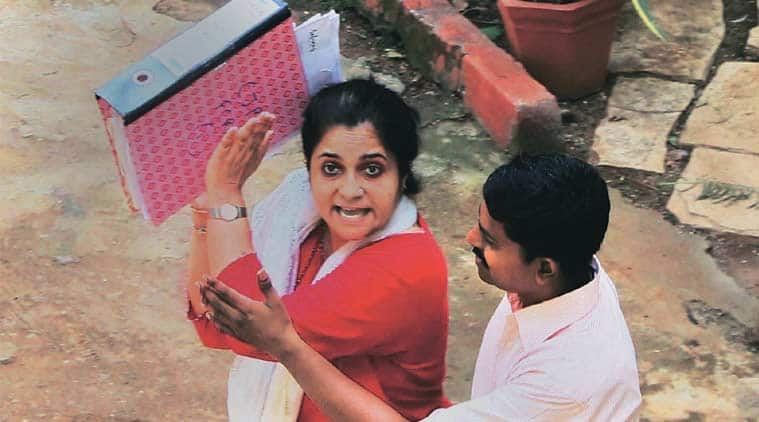 Setalvad and retired IPS officer RB Sreekumar remained mostly tight-lipped during their interrogation and refused to reveal anything about their alleged role in fabricating evidence.

The action came a day after the Supreme Court dismissed a plea challenging SIT’s clean chit to the then Gujarat Chief Minister Narendra Modi and others in cases related to the 2002 riots.

According to an official quoted by news agency PTI, Setalvad and retired IPS officer RB Sreekumar remained mostly tight-lipped during their interrogation and refused to reveal anything about their alleged role in fabricating evidence as claimed in the FIR registered against them by the Gujarat Police.

A court in Ahmedabad on Sunday remanded Setalvad and former state DGP Sreekumar in police custody till July 2 in a case of allegedly fabricating evidence to frame innocent persons in connection with the 2002 Gujarat riots.

To probe the case, the Gujarat police have formed an SIT headed by Deputy Inspector General (Anti-Terrorist Squad) Deepan Bhadran.

Who is Teesta Setalvad?

Setalvad is an activist, journalist and a Padma Shri recipient, and also a founding trustee and secretary of the NGO Citizens for Justice and Peace (CJP). The NGO was established after 2002 Gujarat riots with an aim to provide legal and financial support to the victims of the riots.

Setalvad and her NGO were co-petitioner with Zakia Jafri (wife of Congress leader Ehsan Jafri who was killed in the Gulberg massacre) in the plea filed against then-chief minister Narendra Modi and others in the Supreme Court. The SC dismissed the petition on Friday and upheld the clean chit given to Modi and others.

Jafri’s husband and former Congress MP Ehsan Jafri was killed during the riots. Setalvad spearheaded the cause of the riot victims and in 2007 pushed the Supreme Court into launching a fresh probe into the post-Godhra violence six years later.

Backed by CJP, Jafri had filed a criminal complaint for criminal and administrative culpability against top politicians and policemen, including the then Gujarat CM Narendra Modi. This is separate from the Gulberg trial on the killing of Ehsan Jafri and 68 others.

What are the fresh charges against Setalvad?

Several charges were leveled against Setalvad in 2006, including allegedly hurting religious sentiments, fabricating false evidence, and trespassing on burial places among other charges. She was also slammed by the BJP for attacking Modi without “substantial evidence” and running a defamation campaign against him.

The FIR was registered by the Ahmedabad city crime branch under sections 468, 471 (forgery), 194 (giving or fabricating false evidence with intent to procure conviction of capital offence), 211 (institute criminal proceedings to cause injury), 218 (public servant framing incorrect record or writing with intent to save person from punishment or property from forfeiture) and 120 (B) (criminal conspiracy) of the Indian Penal Code on a complaint filed by a police inspector.

As per the FIR, Setalvad “had conjured, concocted, forged, fabricated facts and documents and/or evidence including fabrication of documents by persons who were protective witnesses of the complainant (Zakia Jafri)”.