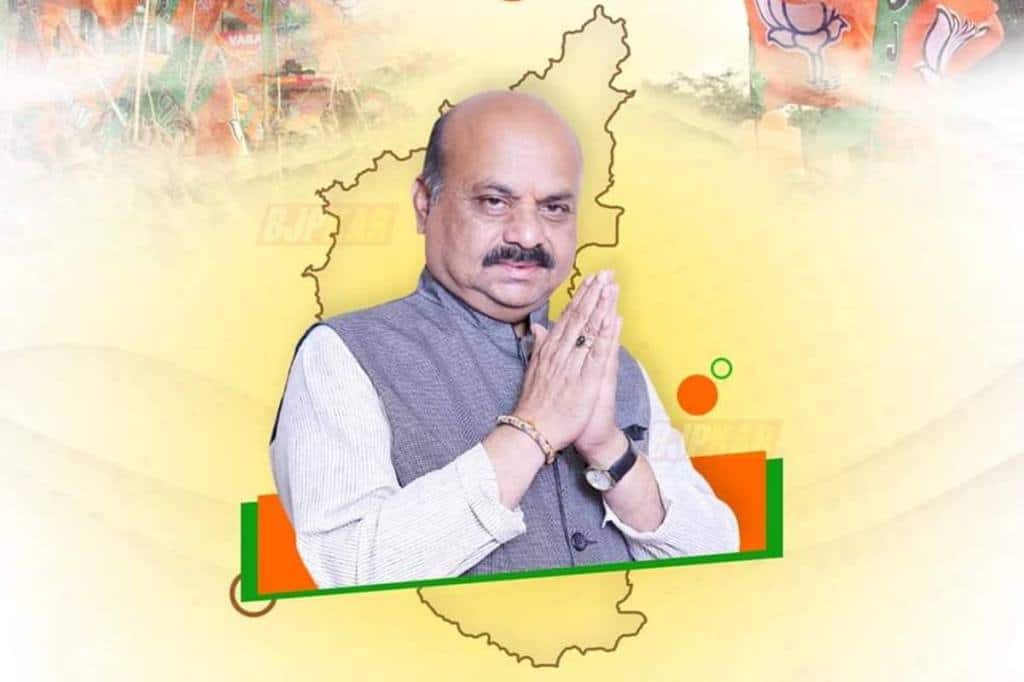 Notably, Bommai's father late S R Bommai was a Janata Parivar stalwart and had also served as a CM of Karnataka for a year during 1988-1989.

Basavaraj Bommai was today sworn in as the Chief Minister of Karnataka by Governor Thaawarchand Gehlot. Bommai, 61, was elected as the successor to BS Yediyurappa yesterday during the meeting of the Karnataka BJP legislature party.

Bommai, like BS Yediyurappa, hails from the politically influential Lingayat community from North Karnataka. He is said to be a close confidant of Yediyurappa.

Notably, Bommai’s father late S R Bommai was a Janata Parivar stalwart and had also served as a CM of Karnataka for a year during 1988-1989. Bommai was serving as the Minister for Home Affairs, Law, Parliamentary Affairs and Legislature in Yediyurappa’s cabinet. He was in charge of Home Affairs at the beginning of the term, was subsequently given Law, Parliamentary Affairs and Legislature as additional portfolios during the cabinet reshuffle a few months ago.

Born on January 28, 1960, in Hubballi, Basavaraj Bommai is a graduate in Mechanical Engineering. Before taking the political plunge, he had worked in Tata Motors and became an industrial entrepreneur.

Bommai was elected to the Karnataka Assembly on Janata Dal ticket twice – in 1997 and 2003 from the Dharwad constituency. He had also served as Political Secretary to Chief Minister J H Patel and as Deputy Leader of the Opposition in the council.

His association with the BJP started in 2008 when he quit the Janata Dal (United) and decided to adorn the saffron robe. He was elected as MLA from Shiggaon constituency in Haveri district on the BJP ticket the same year and retained the seat in the 2013 and 2018 assembly elections.

Bommai is married to Chennamma and has a son and a daughter.

Bommai has been widely appreciated for his knowledge of irrigation projects in the state and is said to be Yediyurappa’s shadow. Interestingly, Bommai, despite starting his political career with Janata Pariwar, calls Yediyurappa his ‘political guru’.