What is National Population Register? Population list which will cost govt Rs 4,000 crore

The National Population Register (NPR) is a government document that contains data of every citizen living in the country whereas NRC includes data of only genuine citizens. 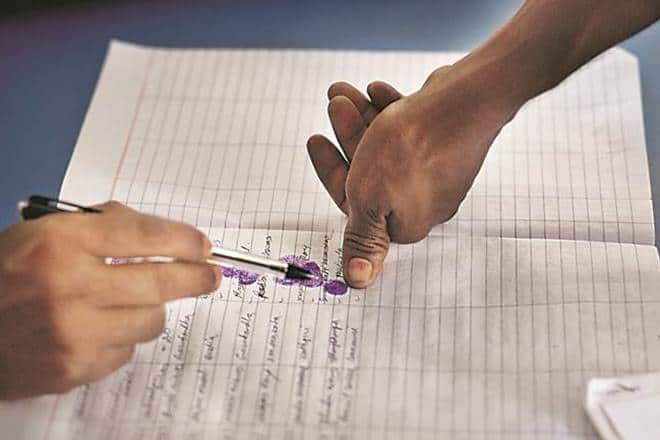 The NPR updation process is likely to commence from April 2020. The NPR is a list of usual residents of the country.

The Narendra Modi-led Union Cabinet on Tuesday said that the National Population Register (NPR) will be updated and approved a budgetary allocation of nearly Rs 4,000 crore for the exercise. The NPR updation process is likely to commence from April 2020. The decision to allocate funds for NPR updation comes in the midst of protests against the citizenship law and the proposed pan-India National Register of Citizens. Several political parties like AIMIM and Samajwadi Party have already started opposing the NPR and linked it with the NRC.

While the NPR is a list of usual residents of the country, the NRC is the identification of genuine citizens. Both the NPR and NRC are maintained by the government.

A usual resident is a person who has resided in a local area for the past six months or more or a person who intends to reside in that area for the next six months or more. The previous data for NPR was collected in 2010, a year before the Census. The government updated NPR in 2015 by conducting door to door survey. The government officials visited every house and asked 15 questions like name, address, for how long he has been living at the place etc.

Cabinet has approved expenditure of Rs. 8,754.23 crore for the exercise of Census of India 2021 and Rs. 3,941.35 crore for updation of National Population Register (NPR)

According to a report in The India Express, during the updation, the government will collect data like date and place of birth of parents, last place of residence, PAN, Aadhaar, Voter ID card number, Driving License number and mobile number. The database will also contain demographic as well as biometric particulars.

The digitisation process of the NPR has been completed and the government has planned to update it along with the Houselisting phase of Census 2021 between April 2020 to September 2020 across the country. According to the Office of the Registrar General, and Census Commissioner, Assam will not be included in the exercise.

The government has been arguing that the NPR was brought by the UPA government. It dates back to the Vajpayee government when the Citizenship Act, 1955 was amended to add a clause that enables the government to prepare a list of citizens and issue an identity card. When the UPA came to power in 2004, it set up a GoM on national security and again the Act was amended. The amendment came into effect from December 3, 2004, making it mandatory for every usual resident of India to register in the NPR.

When the last Census was carried out in 2011, then UPA government decided to proceed with NPR and data was collected.

In other words, NPR is a government document that contains data of every citizen living in the country whereas NRC includes data of only genuine citizens.

According to the government’s claim, data of 117 crore people were collected through the NPR exercise and linked to Aadhaar.

Meanwhile, the West Bengal and Kerala governments have issued a notification asking officials to halt all works related to NPR.