The West Bengal government on Thursday sent a proposal on the dates of the upcoming Panchayat polls to the state election commission. 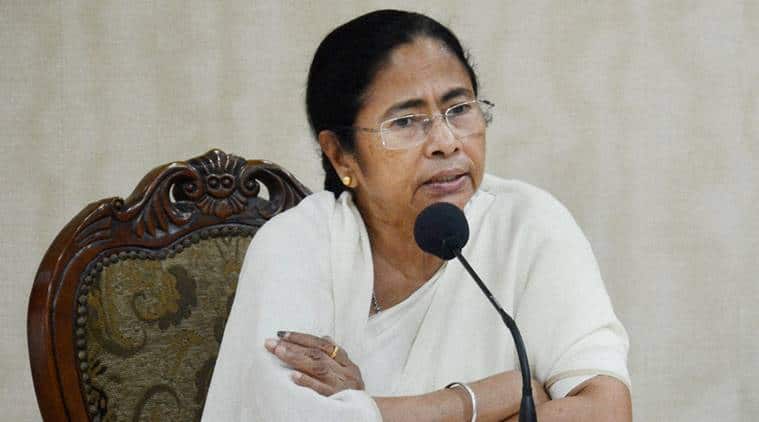 West Bengal Panchayat election date 2018: The West Bengal State Election Commission on Thursday issued notification for a single phase Panchayat polls in the state on May 14. The Commission also announced the counting of votes on May 17. The re-polling is scheduled to be held on May 16 as and where required.

This comes after the West Bengal government had sent a proposal on the dates of the upcoming Panchayat polls to the state election commission. According to ANI, the government has proposed a single-phase polling on May 14 and counting on May 16, reported news agency ANI. The West Bengal State Election Commission is yet to issue a final notification.

Earlier, dates issued by the State Election Commission was postponed by the Calcutta High court. The move of High court came after the Opposition parties led by BJP, Congress and the Left had approached the court for the extension of the last date of filing nomination. The opposition parties claimed their nominees failed to reach the office of SDO and BDO to file papers due to violence by goons of ruling Trinamool Congress.

As per an earlier circular of WBSEC, the panchayat election in the state was scheduled to take place in three phases on May 1, 3 and 5 and the counting of votes was scheduled on May 8. After the direction of the High court to announce new dates, the Commission on April 21, 2018, notified April 23 as the last date for filing nominations. The last date for scrutiny is April 25 and the last date for withdrawal of candidature is April 28, 2018. The SEC has, however, not announced the polling date.

West Bengal Congress President Adhir Ranjan Chowdhury today met Home Minister Rajnath Singh in the national capital. Chowdhury has urged the Home Minister of the poll-related violence in West Bengal and demanded the imposition of Article 355 or 356. “In wake of Panchayat Elections, incidents taking place in Bengal proves current situation there has deteriorated. There’s no law&order. Ruling party is misusing power&police is a spectator. We want Article 355 or 356 to be implemented.”

Meanwhile, another opposition party BJP has raised the question on the decision of State Election Commissions on conducting the election in a single phase. “The court had directed the SEC to hold discussions with all political parties. So far we have not received the invitation for any such deliberations. Secondly, the SEC should ponder over what kind of security it is providing the voters. There are around 58,000 polling booths. The total number of personnel with the state police is also 58,000. Does that mean all police stations will be under lock and key, and all personnel will guard the booths? Or will there be a jungle raj with all miscreants backed by Trinamool flexing their muscles at the booths? The Trinamool wants to prevent genuine voters from exercising their franchise so that anti-social can indulge in false voting,” said BJP leader Pratap Banerjee to news agency IANS.

Left Front chairman Biman Bose also slammed the SEC for not taking oppositions into confidence before announcing the dates. “The state government asked the SEC unilaterally to hold polls on May 14, and it has obliged. It seems they want a blood-splattered polling day. The state government is leading the SEC through a road which can only push the state to the graveyard of democracy,” Bose told IANS.

A delegation of the West Bengal unit of BJP on Thursday met Vice- President M Venkaiah Naidu and Home Minister Rajnath Singh in the national capital and apprised them of the poll-related violence in the state. The delegation was led by state BJP leader Rahul Sinha. Speaking to ANI, Sinha said, “We met vice-president& HM Rajnath Singh today, he has assured legal action. We demand Panchayat polls in West Bengal should be held on time. A number of BJP workers & 25 journalists were injured during clashes at the time of filing of nomination for Panchayat polls.”