In a shocking footage, once again shaming Karnataka’s capital city Bengaluru, a group of drunken goons is seen stopping a couple and assaulting them brutally. 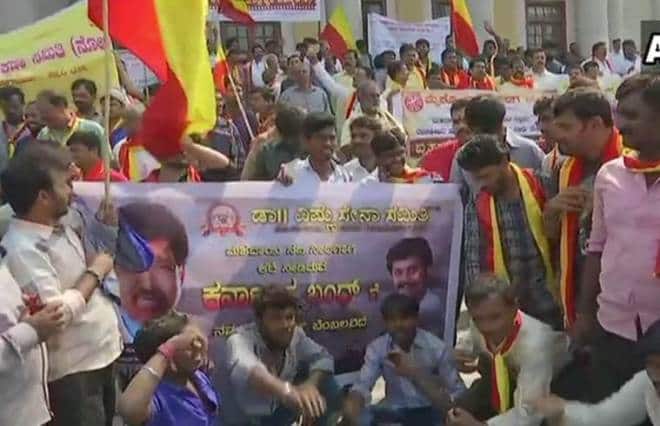 In a shocking footage, once again shaming Karnataka’s capital city Bengaluru, a group of drunken goons is seen stopping a couple and assaulting them brutally. The CCTV footage, captured on New Year’s Eve on December 31, 2017 shows a group of men thrashing a man and openly molesting a girl. In the video, which emerged on January 16, few men can be seen with alcohol bottles in their hands. First, they stopped a two-wheeler in the middle of the road in Indiranagar— a posh locality in Bengaluru and then started launching punches and kicks on the man. The sudden assault took the two victims by surprise and they fell down from the vehicle. However, the goons continued to beat the man as a crowd of passers-by stood watching the scene. The video was posted by ANI.

#WATCH One person arrested today in connection with a CCTV footage of 31st December 2017 in which a couple was thrashed by a group of people #Bengaluru pic.twitter.com/mNZCdWySLU

The video has brought back the memories of the mass molestation in Bengaluru that shook the nation on the same day in 2016. As of now, the government has not given any official reaction to this shocking incident. Reports claim that only one accused has been arrested till now, though more than two weeks have gone by since the incident.

The incident took place at a time when there was heightened security in the IT city. Nearly 15,000 police personnel including women constables were deployed across the city to keep an eye on New Year revellers. An additional 500 CCTVs were installed across the city for better surveillance. Police had stated that those creating nuisance in public places like pubs, bars, restaurants and streets will be immediately taken into custody.